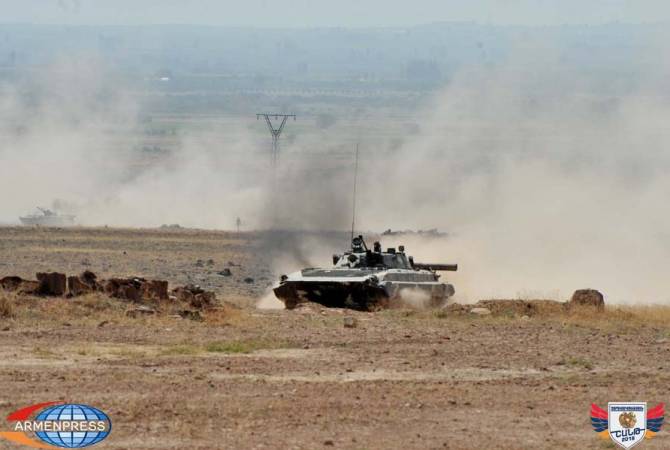 
YEREVAN, SEPTEMBER 12, ARMENPRESS. In accordance to the scenario of the SHANT 2018 drills, Armenia has reclaimed all territories which were lost in the simulation, Chief of the General Staff of the Armenian Armed Forces Artak Davtyan said at a press conference.

“According to the scenario, all lost territories have been returned. The adversary has movements in the neutral zone, which has been obstructed. However, according to the scenario, all our border settlements have been bombarded by artillery, we have casualties and injured. The armed forces are carrying out suppression of firing positions. Martial law hasn’t yet been declared, however the situation is leading to such a decision being made by the government,” Davtyan said.

He said that all local self-governing bodies are being prepared to carry out timely mobilization in case of a martial law being declared.