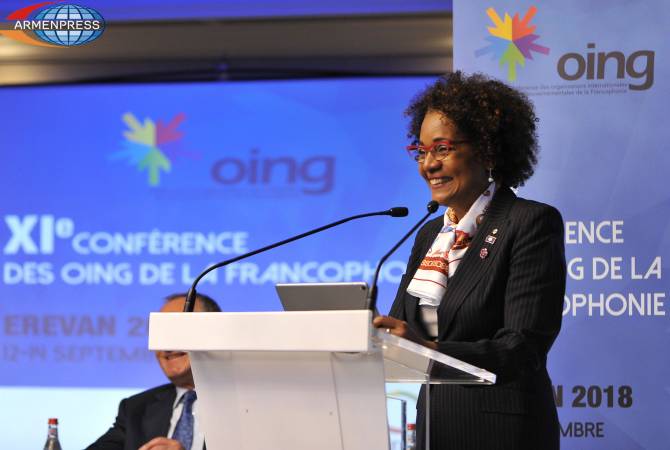 
YEREVAN, SEPTEMBER 12, ARMENPRESS. The Armenian people are preparing for the upcoming 17th La Francophonie in Yerevan with their typical hospitality, La Francophonie (OIF) Secretary General Michaelle Jean said today during the opening of the 11th Forum of International Francophone NGOs in Yerevan.

She said that the forum is already being hosted on a top level. “It is a great honor for us to hold the forum in a country where a velvet revolution has taken place, peaceful government change, and we have the chance to be involved in this work together,” she said.

The Secretary General said that she had the chance to meet young people in Yerevan who have assumed civil responsibility to advance the achievements of the velvet revolution.

Acting Mayor of Yerevan Kamo Areyan said that the upcoming La Francophonie summit is one of the most large scale events and it will open new prospects for cooperation.

The summit will take place October 11-12 in Yerevan, under the Living Together motto.