Armenia is a new, but confident and proud member of La Francophonie, FM says 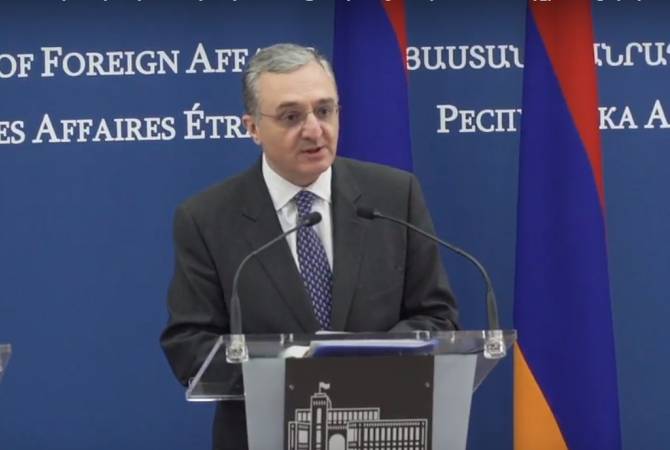 “Michaelle Jean’s visit is taking place 1 month ahead of the 17th La Francophonie summit; therefore it’s no coincidence that the subject of our discussion is the summit itself. We’ve discussed the priorities which exist in our agenda and the agenda of Francophone countries,” Mnatsakanyan said.

FM Mnatsakanyan underscored that La Francophonie, as a tool of language diversity and spreading of French has an important role for Armenia. According to the Armenian FM, language is an important tool to advance common values, goals, cooperation. “La Francophonie is rich in its membership, it includes countries of the African continent, southern, south-eastern Asia, Latin America, the Caribbean region, North America and Europe, which work together, use cooperation to advance common values: these [values] are diversity, solidarity, humanism, human rights and democracy,” he said.

He emphasized that the priorities of the summit are built around these very values. “We have a goal to have maximally practical results both at the summit and during our 2018-2020 chairmanship. I am sure that the summit will be a great and joyous event for Armenia. We are trying to display us, our culture and values as much as possible,” he said.

He also mentioned that negotiations with partner countries around a document which will be signed after the summit are being finalized. The FM said that important resolutions on gender equality and youth will also be adopted. An economic forum will also be convened at the TUMO center.

The La Francophonie village will be open October 7-12 in central Yerevan, where Armenian culture, arts and crafts will be displayed in over 40 pavilions. A closing concert will feature stars from Francophone countries.

“This is a quite great honor and responsibility for Armenia. We are a new but rather confident and proud member of La Francophonie and with our activities and membership we are attempting to use this arena of multilateral cooperation to advance those common values which unite member states within the La Francophonie,” he said.