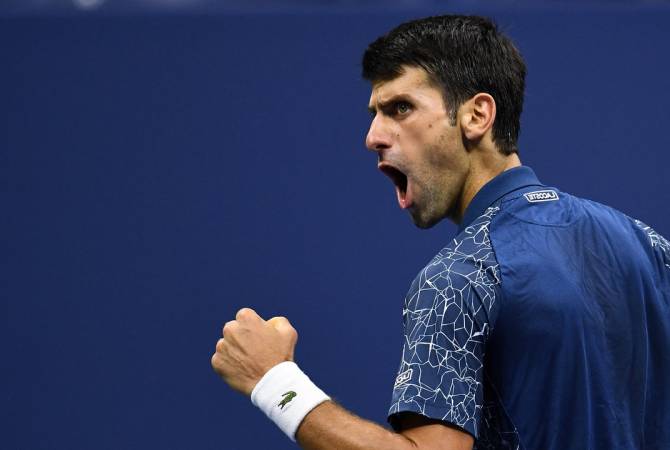 Djokovic, who won Wimbledon in July, will climb to fourth in the world after back-to-back Grand Slam victories.