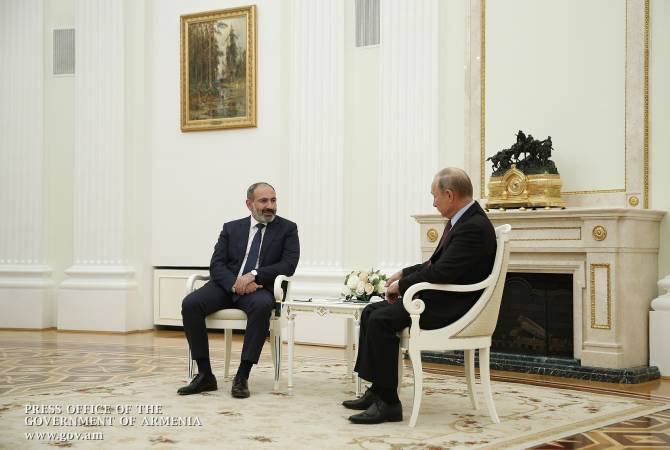 
YEREVAN, SEPTEMBER 8, ARMENPRESS. Prime Minister of Armenia Nikol Pashinyan thinks that the Armenian-Russian relations have never been at such a high level in the past, the correspondent of ARMENPRESS reports from Moscow that he PM announced about this in his speech during his meeting with Russian-Armenian businessmen.

Pashinyan reminded that his last meeting with the Russian President took place during the opening ceremony of FIFA World Cup in Moscow. “Today we discussed all the developments that happened after that meeting that deserve to be discussed”, Pashinyan said, expressing satisfaction for being able to come to a conclusion over all the issues.