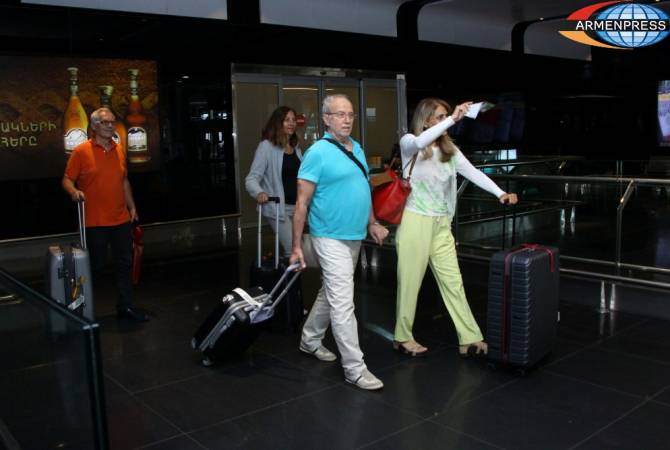 
YEREVAN, SEPTEMBER 5, ARMENPRESS. 347 492 passengers were served at the two airports of Armenia in August 2018 exceeding the same month of 2017 by 18.5%, Armenia International Airports CJSC told Armenpress.

1 872 998 passengers were served at the two airports of Armenia in January-August this year, which is more than the same period last year by 12.3%.

It is noteworthy that the passenger traffic registered at “Zvartnots” International Airport in August was a record - 329 665 passengers were served.

Another record was recorded on August 1. That day “Zvartnots” Airport served 11 337 passengers.

In January-August 2018, “Zvartnots” and “Shirak” airports also recorded an increase of takeoffs and landings by 11% as compared to the same month of the previous year.