Putin and Aliyev to discuss Karabakh 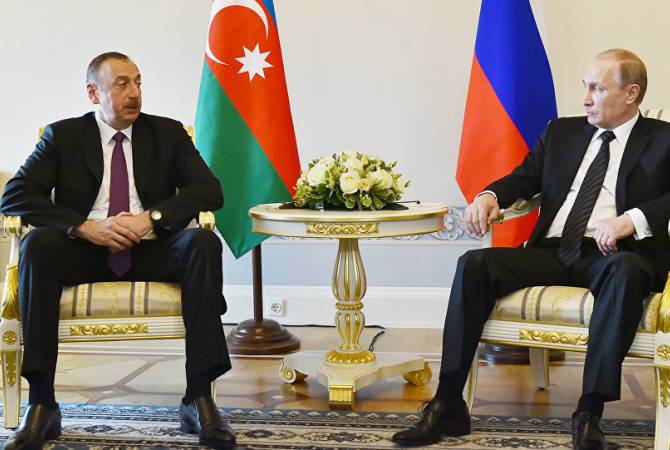 
YEREVAN, SEPTEMBER 1, ARMENPRESS. Azerbaijani President Ilham Aliyev has said that the Nagorno Karabakh conflict settlement will be discussed during his upcoming meeting with Russian President Vladimir Putin which is due on September 1 in Sochi, according to Russian media.

“Certainly we will also discuss issues related to the Karabakh conflict and the region. The agenda is rather wide,” Aliyev said.

Aliyev also said that he meeting will boost the development of Russia-Azerbaijan ties.

He also stressed the positive trends in the economies of both countries.

“We are pleased with the level of development of relations in all fields. Relations are developing fully and very effectively,” Aliyev said, adding that a big prospect for commercial cooperation exists. “I am sure that trade turnover will continue growing during the years to come also,” he said.