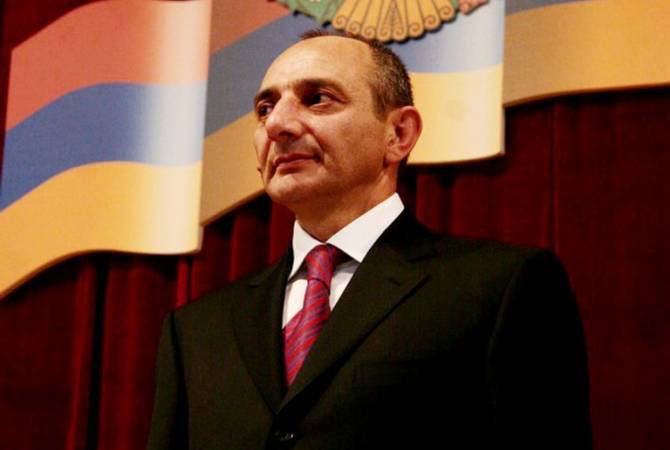 "Dear President Krasnoselsky,
On behalf of the Artsakh people, the authorities and myself I extend the most heartfelt congratulations to You and the fraternal people of Pridnestrovye on the Day of the Republic.

The formation of the Pridnestrovian Moldavian Republic marked an important milestone in the history of Your nation, becoming a firm guarantee of their security and progressive development. And it has been 28 years since the people of Pridnestrovye have been building an independent democratic state based on the rule of law with diligence, optimism and cohesion inherent to them, scoring tangible success along the path. We sincerely welcome the achievements of fraternal Pridnestrovye.

I congratulate You once again, respected President Krasnoselsky, and wish peace, prosperity and new great progress to You and the entire Pridnestrovian people,” Sahakyan said in the cable as reported by his office.