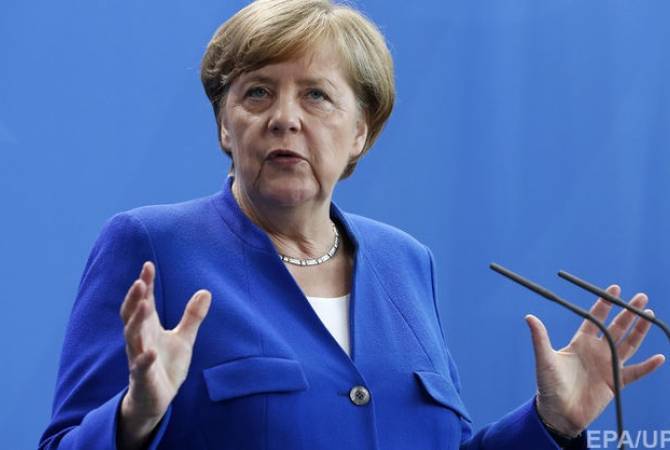 
YEREVAN, AUGUST 25, ARMENPRESS. When Angela Merkel visits Azerbaijan this weekend, the German chancellor should pressure the government over its record on human rights, corruption and treatment of activists, Transparency International Secretariat said in a statement, reports Armenpress.

“According to media reports, a key item on Chancellor Merkel’s agenda is German support for the Southern Corridor natural gas pipelines. Germany is reportedly considering granting Azerbaijan a €1.2bn loan towards the project.

“Both Azerbaijan and Germany are entitled to seek a good deal from Chancellor Merkel’s visit to Azerbaijan this weekend. But as the leader of most influential member of the European Union, Chancellor Merkel must ensure that her actions promote and represent European values, and bring enduring results for the release of political prisoners and eased restrictions on funding for civil society organizations”, said Adam Foldes, legal advisor at Transparency International. Transparency International’s chapter in Azerbaijan has significantly minimized its activities due to problems with state registration of foreign funding.

“Last month, MEPs called for future European relations with Azerbaijan to be predicated on supporting democracy, the rule of law and human rights. Germany should adhere to the same principle in its dealings with the country”, continues Foldes.

In July, MEPs recommended that the EU “put in place specific provisions to help Azerbaijan to fight economic crime, including corruption, money laundering and tax evasion, and back investigations into laundering schemes, notably the “Laundromat” affair.”

In negotiating any deal with the government of Azerbaijan, the German government should insist on freedom for political prisoners, a free and pluralistic media landscape, space for activists to protest and participate in decision making, and concrete measures against corruption”, the statement said.