EAEU should also have a parliamentary format – senior lawmaker 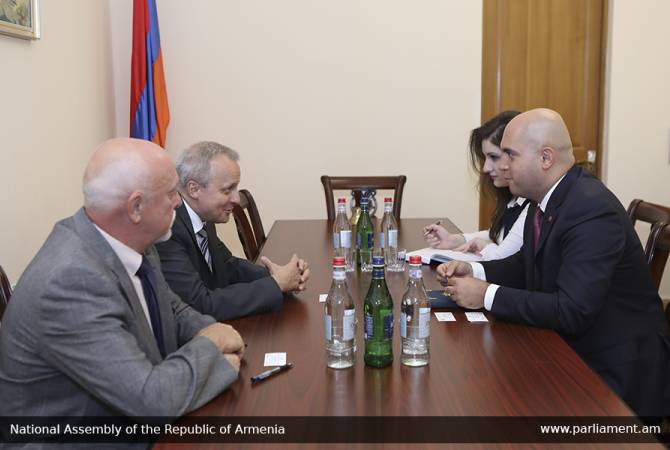 During the meeting Armen Ashotyan attached importance to the allied and brotherly relations with Russia in the context of state strategic, as well as centuries-old friendship between the Armenian and Russian peoples.

The sides discussed issues relating to the parliamentary cooperation between Armenia and Russia both at bilateral and multilateral levels.

Armen Ashotyan highlighted the role of the EAEU and CSTO for Armenia, stating that the members of these structures should make efforts to strengthen the reputation of these organizations and to carry out more effective activity. In this context he emphasized the importance of creating a parliamentary format within the EAEU.

At the meeting the officials also touched upon Armenia’s domestic political issues, highlighting the importance of all procedures to be carried out through democratic means and maintenance of the Constitution.