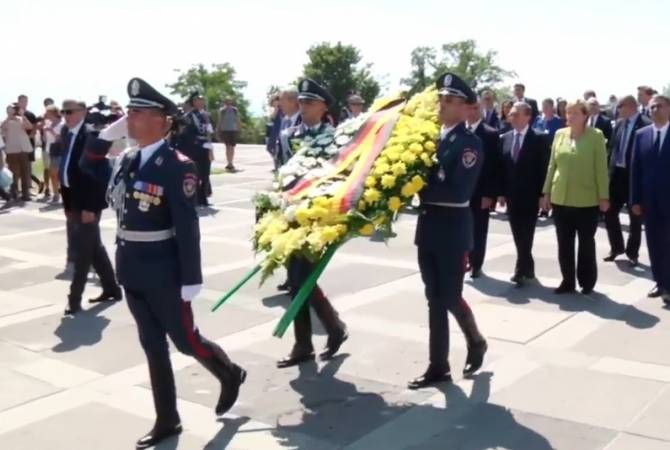 She was accompanied by acting Mayor of Yerevan Kamo Areyan and foreign minister Zohrab Mnatsakanyan.

The German Chancellor laid flowers at the Eternal Flame. She also planted a fir tree in the Memorial Park.

Angela Merkel arrived in Armenia on an official visit on August 24.