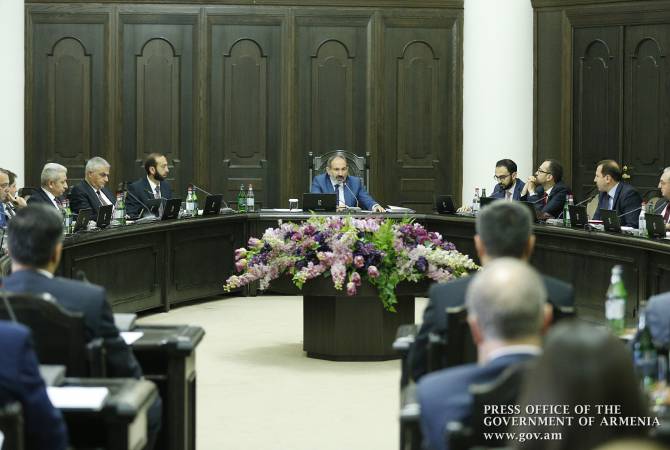 
YEREVAN, AUGUST 16, ARMENPRESS. The government has reduced the term of office of the Yerevan City Council, reports Armenpress.

The snap elections of the Yerevan City Council will be held on the date set by the Central Electoral Commission.

“These are the first elections of such scale during our government, and we hope we all understand that these elections should be unique in terms of legality, transparency and justice”, Prime Minister Nikol Pashinyan said, stating that ensuring the freedom of elections, democracy and legality is a priority for the government led by him.

“I want to once again state that the issues are very clearly formulated: the groups engaged in electoral frauds have nothing to do in these elections, but if it turns out that according to them they have something to do, time for the quick, drastic and effective actions by the law enforcement agencies will come. No case of electoral bribe should be registered during these elections, or no person trying to give electoral bribe should be left without being accountable”, the PM said, stating that any illegal influence on the will of the Armenian citizens should be ruled out, and ensuring this is the obligation of the government.