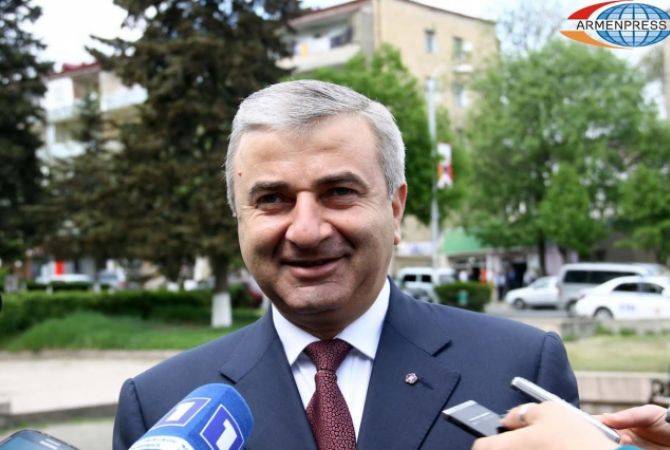 
YEREVAN, AUGUST 16, ARMENPRESS. The fact that the Republic of Artsakh is not participating in the negotiations shows that Azerbaijan is not ready for the settlement of the Nagorno Karabakh conflict, Ashot Ghoulyan – Speaker of the Parliament of Artsakh, told Armenpress.

He also mentioned another major problem which undermines the negotiation process, it is the following: every time Azerbaijan tries to think of some mechanisms where the conflict is viewed as an Armenian-Azerbaijani conflict. “This is the reason that Azerbaijan is trying to launch escalation of the conflict in different sections of the border with Armenia. These are measures to justify the Azerbaijani stereotype through which they are trying to show that it’s an Armenian-Azerbaijani conflict. I think there is no other option than the trilateral meeting since the negotiation process over the NK conflict has long been officially approved by documents, the highest one is the OSCE Budapest summit”, the Artsakh Parliament Speaker said.

Armenian Prime Minister Nikol Pashinyan during a press conference in Artsakh in May stated that the most important component for the NK conflict settlement are the right format negotiations, and Artsakh must definitely participate in them.