Prices of fruits and vegetables decrease, but that of butter and meat products increase | ARMENPRESS Armenian News Agency

Prices of fruits and vegetables decrease, but that of butter and meat products increase 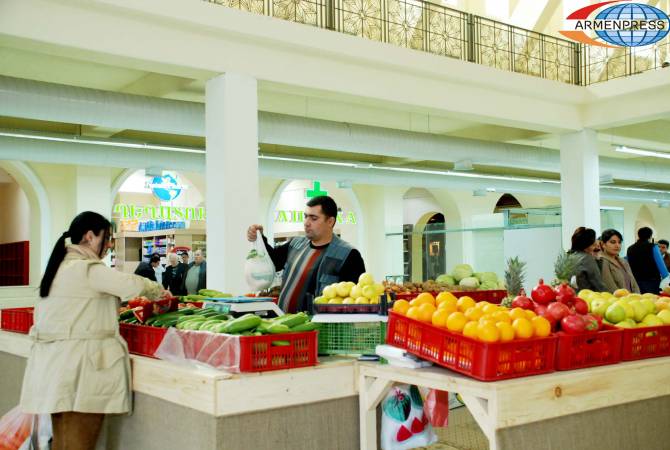 
YEREVAN, AUGUST 8, ARMENPRESS. The prices of fruits and vegetables have decreased this year compared to 2017, but the prices of meat and butter have increased instead, Armen Poghosyan – Chairman of the Consumer Association NGO, told reporters on August 8, reports Armenpress.