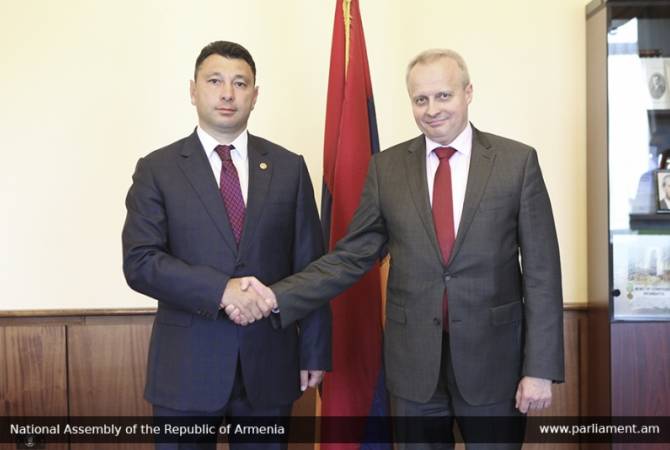 During the meeting issues relating to the Armenian-Russian relations were discussed.

Vice Speaker Sharmazanov highlighted the necessity to develop the allied relations of the two countries in economic, political, humanitarian, military and cultural sectors.

The officials attached importance to the deepening of the relations both in bilateral and also within the CSTO and EAEU.

They also discussed the regional conflicts, in particular highlighting the exclusively peaceful settlement of the Nagorno Karabakh conflict within the frames of the OSCE Minsk Group Co-Chairmanship.