Armenia - not yet discovered by large number of tourists: Why the Lithuanian advises to visit here? | ARMENPRESS Armenian News Agency

Armenia - not yet discovered by large number of tourists: Why the Lithuanian advises to visit here? 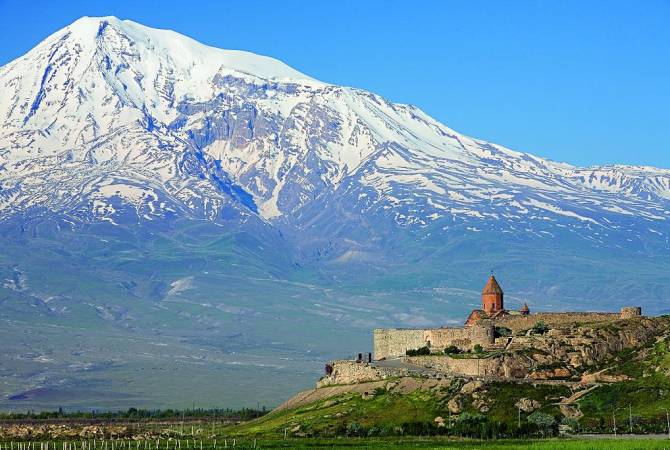 
YEREVAN, AUGUST 1, ARMENPRESS. 15min, one of the largest media outlets of Lithuania, conducted an interview with the bloggers who visited Armenia and made a video and photos about Armenia based on the cooperation of the Armenian Embassy in Latvia (residence in Vilnius) and the Travelblog.lv. The interview touches upon Armenia’s rich historical-cultural values and the tasty cuisine, the Armenian hospitality and wonderful capital city of Yerevan, Armenia’s foreign ministry told Armenpress.

“All children in Armenia already play chess from early grades, it’s a mandatory subject like history or mathematics. The world’s oldest leather boots (5500 years old) have been found in Armenia: it is even one thousand years older than the Giza pyramid of Egypt. For me the Armenian barbecue is tastier than the Georgian one”, the Lithuanian blogger said. He was admired with the old civilization and the unity of people.

“During the tour we constantly felt the high civilization, the history of thousand of years, the good attitude of people”, Stanislav Gorbunov from Travelblog.lv said, who was impressed with the Armenian hospitality and reception.

The group of the bloggers spent a week in Armenia, and advises not to stay less than 7 days in Armenia. Despite being  small, there is a lot to see and feel in this country.

“Frankly, the monasteries, but only a year later it would be possible to say what mostly impressed me”, the blogger said.

“For instance 700 years ago Tatev monastery has been a university, when everything was just to start in Lithuania, there was already a university there: it shows how old their culture is”, Gorbunov said.

The Lithuanian bloggers say they are impressed with Armenian’s friendship and unity. This is perhaps due to the fact that they have problems with their two neighbors, and this is the reason that they are harmonious with their people and nature.

Gorbunov also links with this the resignation of prime minister Serzh Sargsyan in April. After the mass protests for several weeks he left the position. “I think he felt how dangerous the situation was, and in order to prevent clashes he resigned”, he said.

What one must see in Armenia?

It’s possible to admire Armenia’s capital Yerevan only because the Mount Ararat is next to it. Wherever you go, you will see its summit, but yes, it is in the territory of Turkey. Tourists would benefit a lot if they visited Yerevan during the independence holiday. The whole country was holding celebrations, various events, people were happy.

One must visit Sevan in Armenia which is the largest lake of not only Armenia, but also the Caucasian mountains. The unique dishes here leave great impression.

Dilijan spa town is located to the north of the lake, where there is a very beautiful old city. The city is famous for its mineral water springs.

Although a lot can be offered to tourists in Armenia, they are not so many here. Here there are mostly Russian, French and Iranian tourists.

Practical advice for Lithuanians are also presented which can be useful for visiting Armenia: one of them is the absence of visa regime, affordable accommodation, almost universal knowledge of Russian, and speaking English by the youth”.