“We don’t trust Russia, Putin, we never will” – says US Ambassador to UN 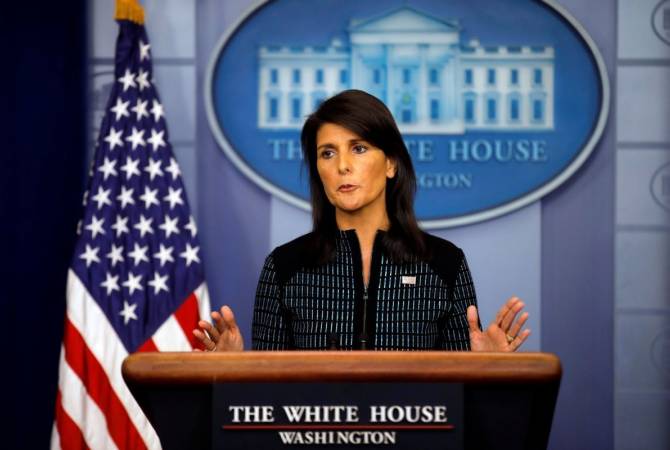 
YEREVAN, JULY 24, ARMENPRESS. Nikki Haley, the U.S. ambassador to the United Nations, said Monday that Russia is “never going to be our friend,” but downplayed concerns over President Trump’s meeting and press conference last week with Russian President Vladimir Putin, The Hill reported.

“We don’t trust Russia. We don’t trust Putin. We never will. They’re never going to be our friend. That’s just a fact,” Haley told CBN.

“But what I do think is, whether it’s the president sitting down with (North Korean leader) Kim, or whether the president sits down with Putin, those are things that have to happen,” she added, calling Trump’s summit in Finland last week a “long time coming.”

The US president has faced a week of criticism for his performance in his meeting with Putin, where he cast doubt on the U.S. intelligence community’s conclusion that Russia interfered in the 2016 election.