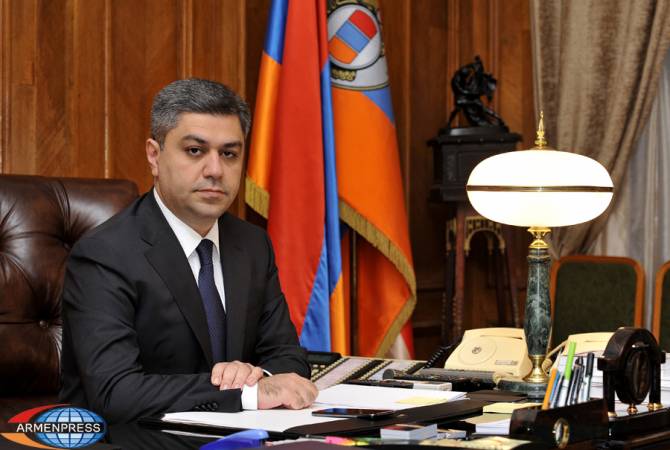 
YEREVAN, JULY 19, ARMENPRESS. Yerevan’s FC Alashkert has said it will endorse the candidacy of National Security Service director Arthur Vanetsyan for president of the Football Federation of Armenia if the latter nominates his candidacy.

Earlier Vanetsyan didn’t rule out the possibility of nominating his candidacy for president of the federation.

The federation will convene an assembly in September, where it will elect a president.

“It is known that National Security Service director Arthur Vanetsyan is ready to nominate his candidacy in these elections,” the federaton said in a statement.  “FC Alashkert’s management expressed its endorsement to Mr. Vanetyan in the election for president of the football federation. At this difficult and responsible moment for Armenian football Arthur Vanetsyan’s decision to nominate his candidacy is praiseworthy,” the Yerevan-based football club said in part.

FC Pyunik from Yerevan and Gyumri’s FC Shirak have also endorsed Vanetsyan for the position.