Artsakh dismisses Azerbaijani report on non-combat explosion in military base 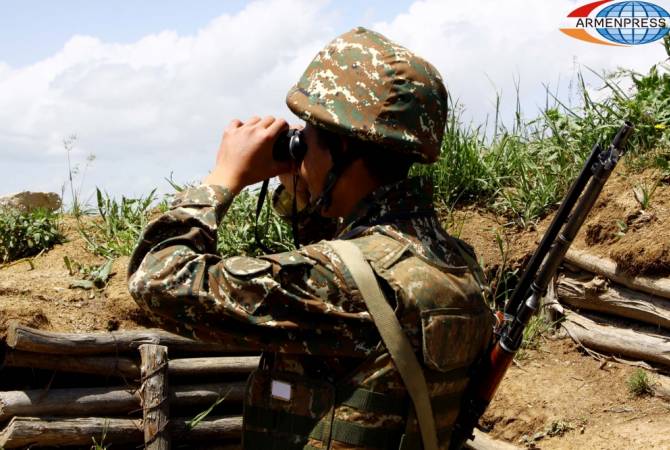 
YEREVAN, JULY 17, ARMENPRESS. The defense ministry of Artsakh is dismissing Azerbaijani media reports about a non-combat explosion in one of its military position.

Azerbaijani online media outlets reported fake news today alleging that 10 people have been injured in an explosion which occurred in a military base of Artsakh.  “The report is false and is another bright result of the adversary’s propaganda imagination,” the Artsakh defense ministry said in a statement.

“The defense ministry of Artsakh is announcing that no incident has occurred in the Defense Army. At the same time, we urge to follow official statements and not give in to Azerbaijani information provocations,” the ministry said.