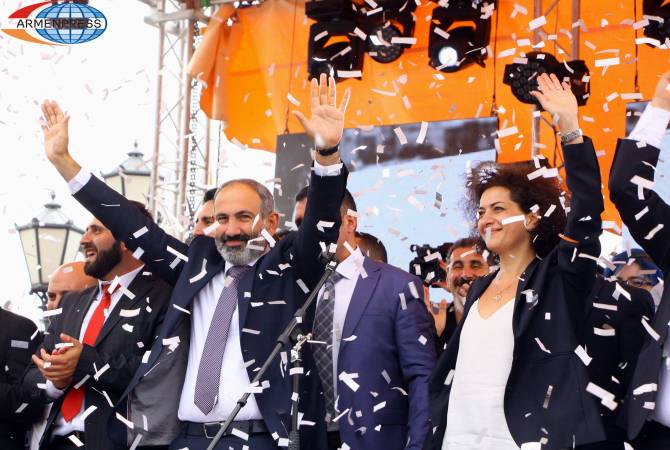 
YEREVAN, JULY 13, ARMENPRESS. American weekly TIME magazine spoke with four people who have fought to defend democracy in their countries, about what inspired them and what it takes. The four figures include Armenia’s Prime Minister Nikol Pashinyan. The article is titled Meet 4 Crusaders Who Are Keeping the Dream of Democracy Alive.

“It was love for my people that forced me to get out of my comfortable office as head of a parliamentary faction and spend about 20 nights in the woods, the streets, in a tent, in protest at the government led by Serzh Sargsyan. I had no personal motivations.

All I wanted was to win freedom and happiness for my homeland and people. I said that if citizens took to the streets in the hundreds of thousands and power did not change, I would no longer engage in political activities. From the very first day, we kept saying we would not resort to violence against anyone, even if we were met with brutality. From the podium, I said we would be guided by a biblical verse: if someone slaps you on the right cheek, let him slap your left cheek too. We knew we would never retreat.

In the end, the people triumphed, and I will honor my commitment to ensure that the people’s victory stands. I am convinced that we will move forward in building democracy, fighting corruption, establishing an independent judiciary and rule of law, and protecting human rights and economic competition. For us, democracy is not a component of regional interests or foreign-policy orientation but a reflection of values and convictions. I believe Armenia will be one of the world’s strongest democracies,” Nikol Pashinyan told TIME.