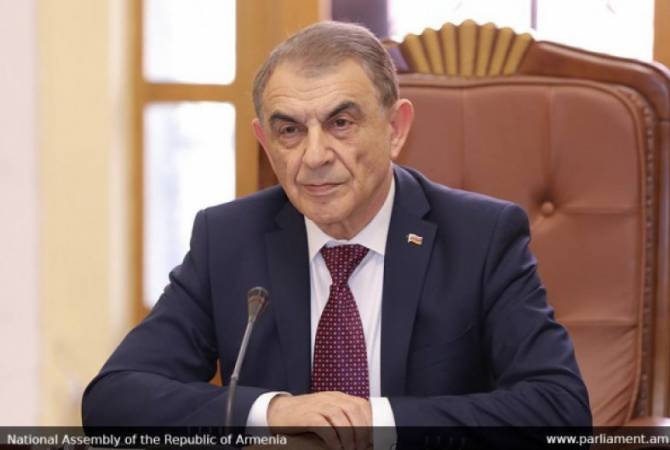 
YEREVAN, JUNE 28, ARMENPRESS. Speaker of the Parliament of Armenia Ara Babloyan sent a letter of condolences on the death of academician Misak Davtyan, the Parliament told Armenpress.

“I learnt with deep grief on the death of one of the benefactors of bio-chemistry in Armenia academician Misak Davtyan.

Through many decades I have known the merited scientist, seen how devotedly he has undertaken the creation and establishment of the new scientific school of bio-chemistry in parallel with his laborious work and deep and comprehensive studies.

Misak Davtyan was a great organizer of science and education, which was greatly manifested while being the Minister of the Enlightenment of Soviet Armenia and the Chancellor of Khachatur Abovyan State Pedagogical Institute and also during the years of his activities in Yerevan State University.

I express my deepest condolences to academician Misak Davtyan’s family members and relatives and share their grief”.