New Armenia must be a powerful country, Armenian president says 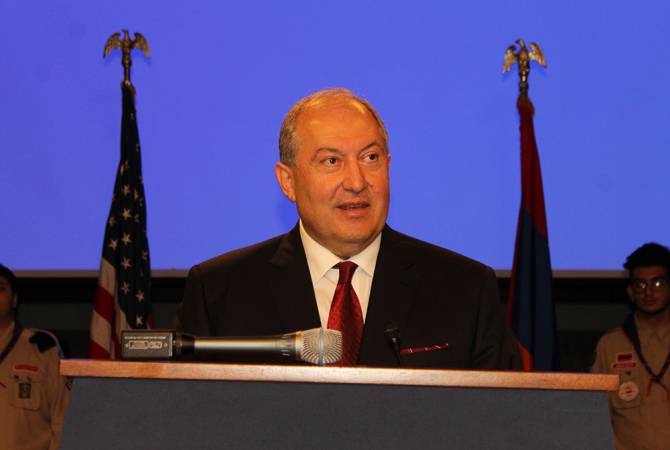 
YEREVAN, JUNE 27, ARMENPRESS. President of Armenia Armen Sarkissian participated in a reception in honor of the 100th anniversary of the First Armenian Republic in the Dirksen Senate Office Building in Washington D.C. on June 26.

The Armenian president is on a three-day visit to the United States.

The event was organized jointly by the Armenian Embassy to the US, the ARF Eastern America Central Committee and the ANCA Washington Office, the president’ office said.

President Sarkissian delivered remarks at the event, namely touching upon the role and significance of the First Republic of Armenia, attaching importance to the friendly relations between Armenia and the United States and the need to deepen them.  The president spoke about the need to have a powerful and developed country.

“Our today’s message is clear. We must win. Not only can we build a new Armenia, but also [an Armenia] with which all of us will be proud and will be proud of being Armenian,” he said.

A few hundred Armenian-Americans took part in the event, as well as members of the Congress and Senate, and government officials.