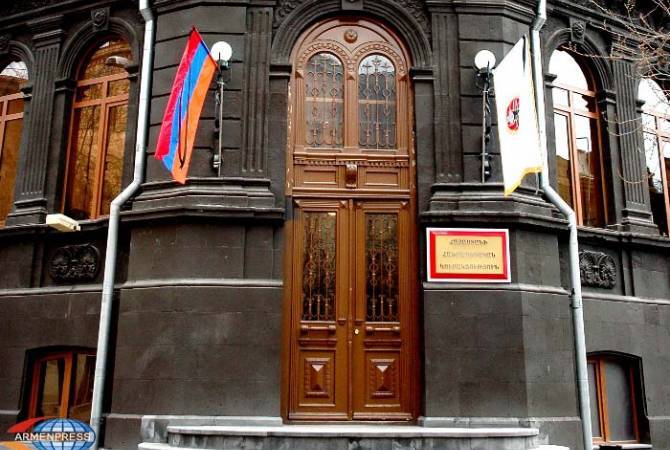 
YEREVAN, JUNE 16, ARMENPRESS. The Republican Party (HHK) faction of the Armenian parliament has issued a statement over the arrest of MP Manvel Grigoryan.

The statement was issued by HHK Vice President Armen Ashotyan, the chairman of the parliamentary committee of foreign affairs.

Below is the full text of the statement:

The arrest of Hero of Artsakh Manvel Grigoryan is another alarm call of the implementation of the state repressive apparatus.

The Republican Party of Armenia (HHK) expresses concern over the arrest of Member of Parliament, Hero of Artsakh General Manvel Grigoryan, which has taken place with a violation of Constitutional procedures of parliamentary immunity. This step is more than concerning on the background of the developments happening in the Karabakh front.

The Constitution says that a Member of Parliament cannot be deprived of freedom without the consent of the Parliament, with the exception of being caught while committing a crime or immediately after.

Taking into account that Mr. Grigoryan was arrested in suspicion of illegal possession of firearms and ammunition, plotted with a group of accomplices, and the firearm in turn was discovered as a result of a  house search within the framework of an already ongoing criminal case, it is difficult to imagine that in this case it is possible to say that the condition concerning the arresting during or immediately after committing a crime has been kept.

In addition, the search was carried out not in the place of residence, but in a leisure-villa, the director of which has announced that the weapon belongs to him and not M. Grigoryan. We call on the prosecution to carry out its Consitution powers on ensuring the lawfulness of the investigation, including for the immediate release of the illegally arrested person.

In this context, the fact that a Member of Parliament can be arrested in suspicion of possession of firearm whereas people involved in direct use of firearms are being released from arrest within the framework of the policy announced by the new government, is worth attention.

This all gives basis to assume that the basis of the actions which have been carried out today are mostly political motives. We will keep the unbiased and complete investigation of this issue under focus and we will struggle for the complete protection of Manvel Grigoryan’s rights.