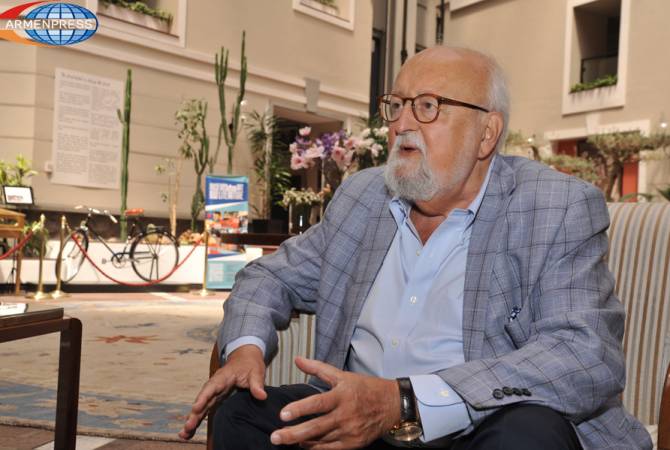 
YEREVAN, JUNE 16, ARMENPRESS. Prominent Polish composer and conductor Krzysztof Penderecki, 84, says he began writing his next piece of work during his visit to Armenia.

Penderecki had arrived in Armenia as he was named honorary chairman of the jury of the 14th Aram Khachaturian International Competition.

The maestro says he will celebrate his 85th birthday with numerous events in Poland, and assured that Armenian musicians will also participate in the performances. The visit to Yerevan, Armenia for the Aram Khachaturian competition was Penderecki’s second visit to the country this year.  Penderecki, who has Armenian roots, was honored with a special festival in Armenia in early 2018, which he attended.

Roza Grigoryan from ARMENPRESS sat down with Krzysztof Penderecki in Yerevan for an exclusive interview about the competition, hospitality of Armenians, as well as upcoming creations of the maestro. 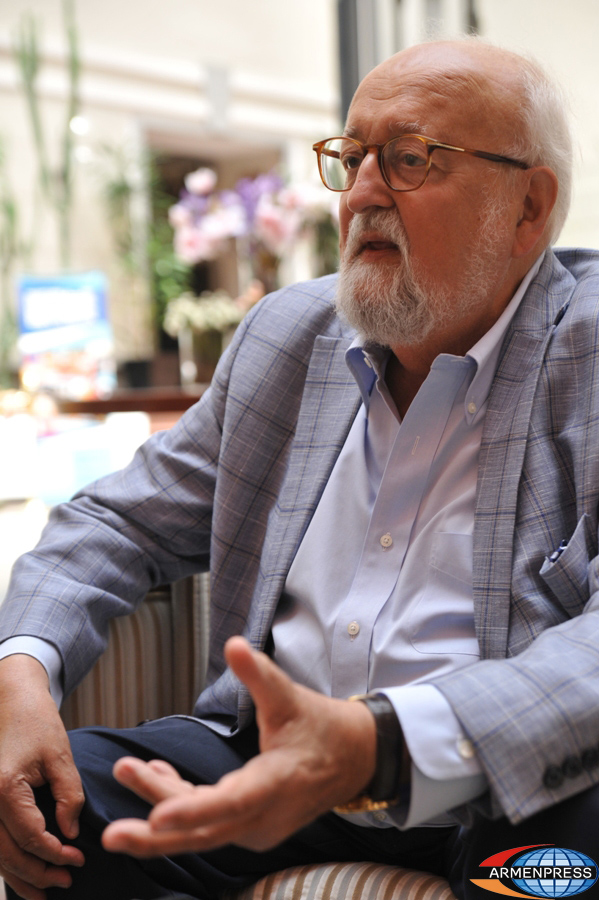 “I didn’t even expect before coming here that I will see such high level of musicians. I believe that it was truly a very high level. These kinds of competitions are very important for young people. Being awarded in a competition like this is a chance to start a career. It is wonderful that we have this kind of a competition here,” Penderecki says about the 14th Aram Khachaturian International Competition, which was won by Danish cellist Jonathan Swensen.

Speaking about the renowned Armenian composer and conductor Aram Khachaturian (1903-1978), in honor of whom the eponymous competition is named, Krzysztof Penderecki says he had personally met him many times. “He was a wonderful person”, he says. “We met and instantly became friends. I remember how he visited me at my home. After a short while we were talking as if we knew each other for years. I was fond of his music, and I told him that I listen to his work a lot. And this made our communication easier. He was a very open person”. 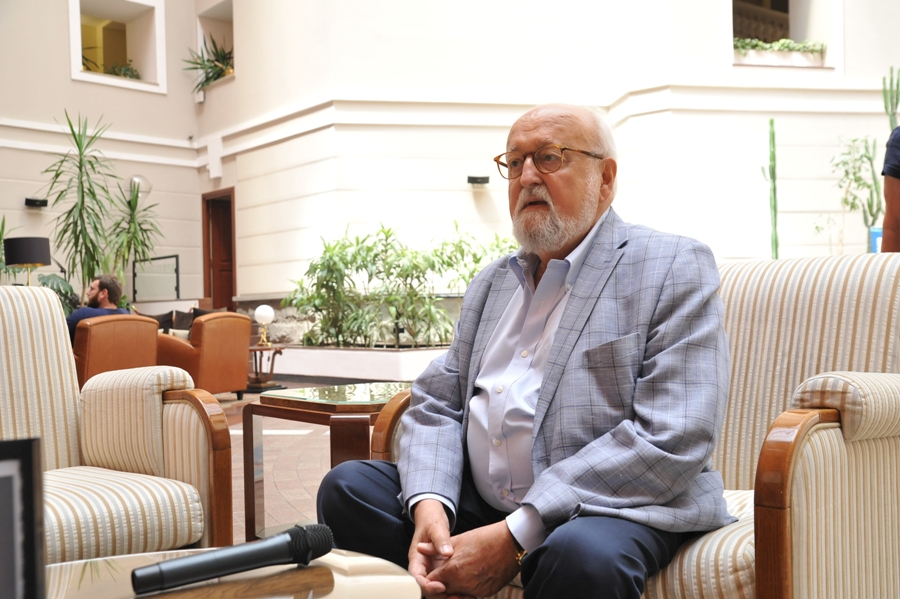 Penderecki, whose awards include a few Grammys and dozens of honors and other awards, says even though he doesn’t visit Armenia often, he tries to be here at least once a year.  “I am fascinated by the Armenian people. Armenians are very friendly people, I always have a wonderful time here,” he said.

Talking about new creations, the Polish legendary composer said he is preparing himself to create a 9th Symphony. “This will be my last symphony. It is a tradition for composers to write nine symphonies. Beethoven has nine. I write other works also. I am writing a concerto grosso for two or three violins. I am writing a polonaise for the 100th anniversary of Poland’s independence. It will be performed in August. By the way, I began writing it in Armenia,” he said. 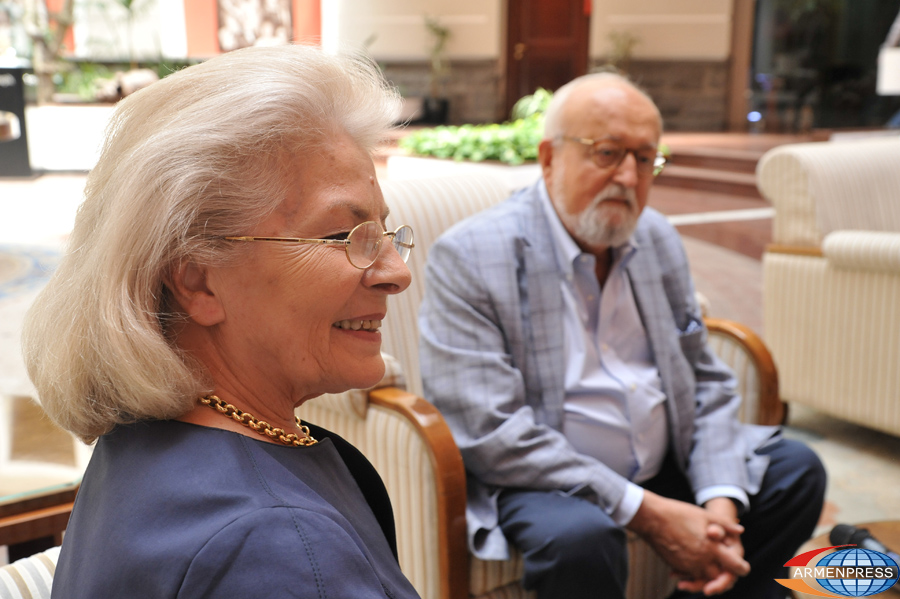 Elżbieta Penderecka (left), the spouse of the maestro, was with her husband at the interview.