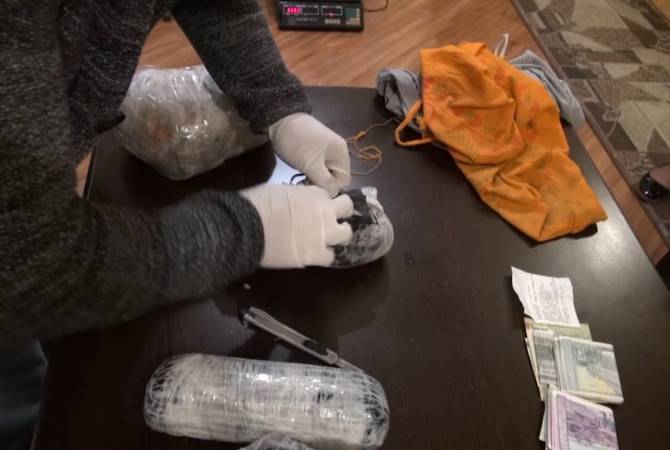 In particular, it was found out that an Iranian citizen entered Armenia from Meghri checkpoint on June 7, 2018, took a taxi and headed to a section of Armenia-Iran border where his accomplice was waiting for him having crossed the border. He handed drugs of particularly large amount to the other Iranian citizen - about 4 kg of opium and about 6 kg of heroin.  Afterwards, the drugs were taken to Goris city for realization, but the criminal was arrested on the way by NSS officers.

On the same day an Armenian citizen who arrived to the mentioned place to take the drugs was also arrested.

The price of the confiscated drugs can reach to 920 thousand USD in the black market.

A criminal case has been initiated.