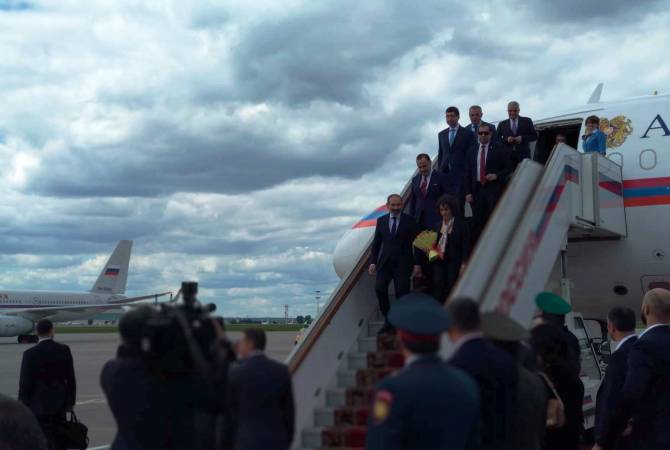 The Armenian PM and his wife were welcomed at the Moscow airport by Armenia’s Ambassador to Russia Vardan Toghanyan and head of the state protocol service of Russia’s foreign ministry Igor Bogdashev, ARMENPRESS correspondent reports.

Zabivaka (literally meaning goal-scorer),  the official mascot of the 2018 FIFA World Cup, approached Pashinyan as he exited his aircraft. Zabivaka and the Armenian PM kicked a football a few times and posed for photos. 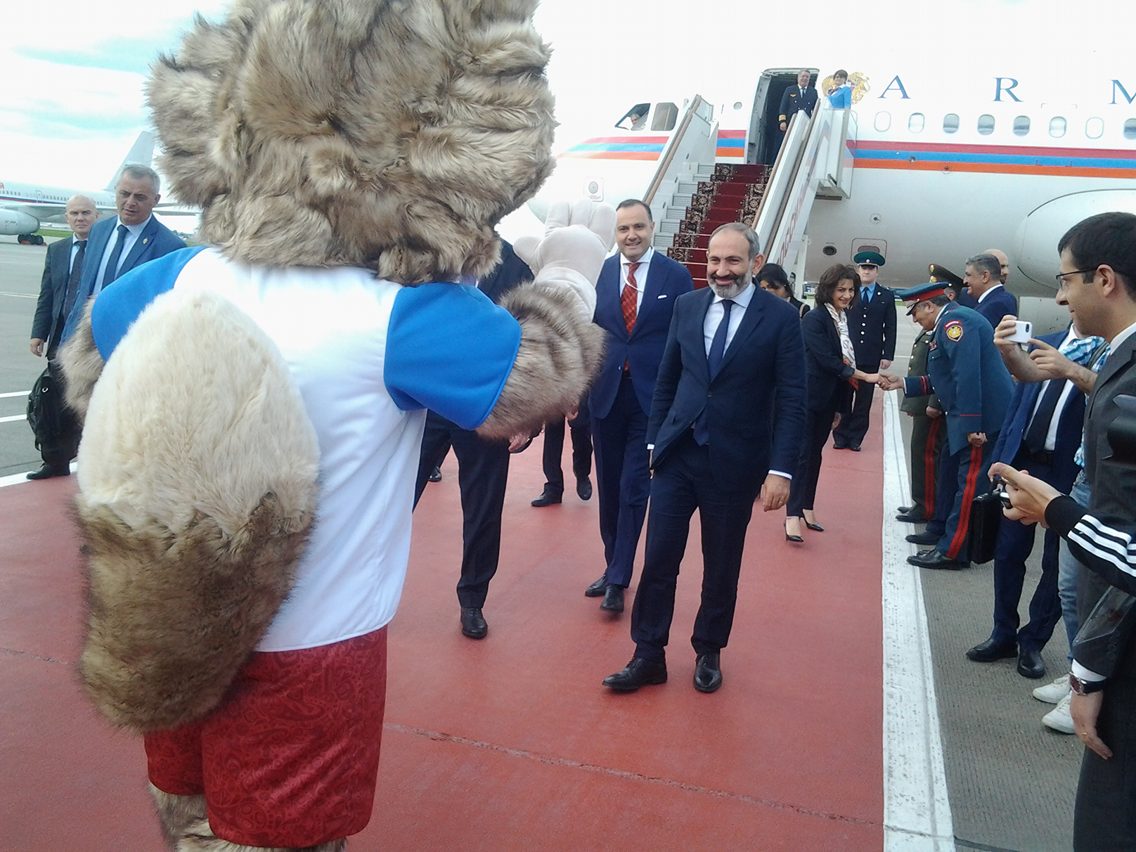 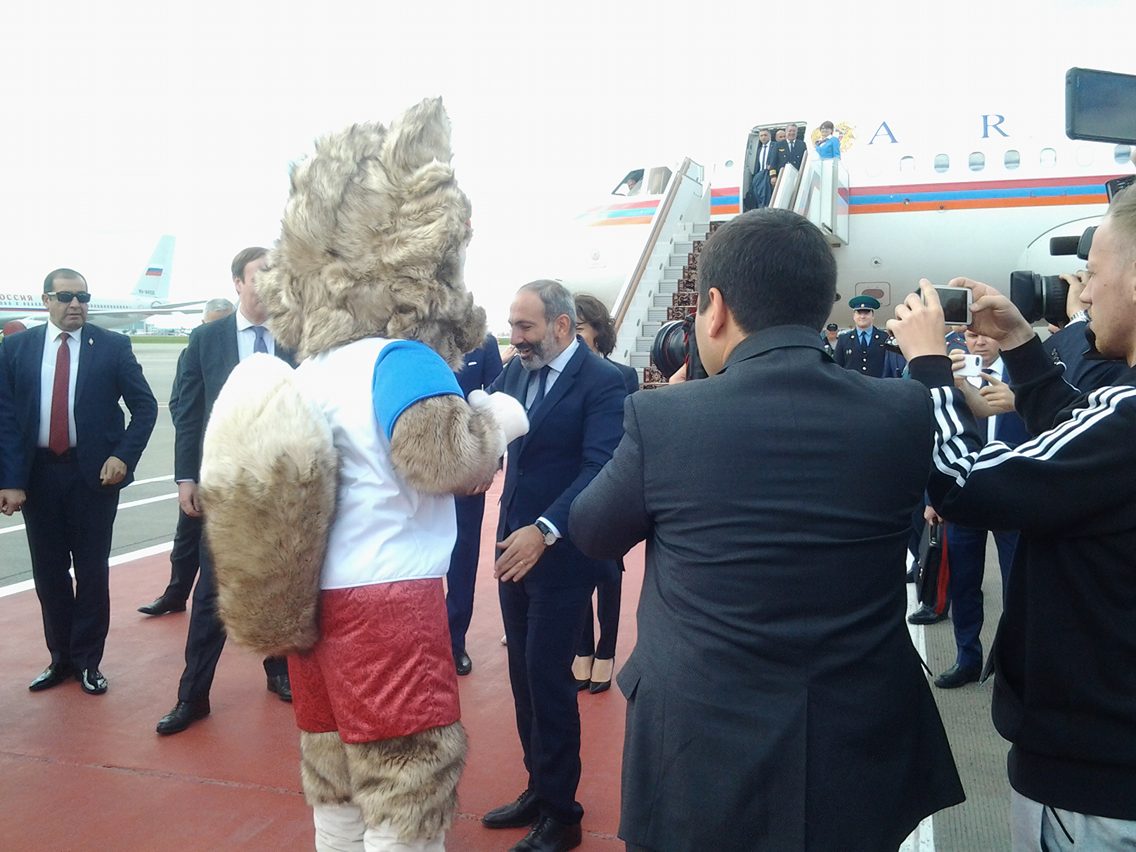 During the two-day visit, Pashinyan will have a meeting with Russian President Vladimir Putin and will visit the monastic complex of the Armenian Church of Moscow.

Pashinyan will attend the inauguration of a bust of Soviet military commander Hamazasp Babadzhanian, the Chief Marshal of the Soviet Armored Troops, the government’s press service said. Babadzhanian was Armenian.

The Armenian Prime Minister will also attend the opening of the 2018 FIFA World Cup and the first match in the Luzhniki stadium in Moscow.