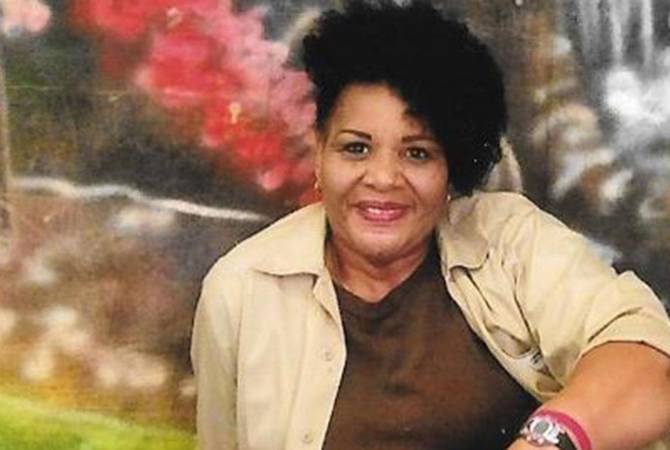 
YEREVAN, JUNE 7, ARMENPRESS. Alice Marie Johnson's life changed on Wednesday -- and she has US President Donald Trump and Kim Kardashian West to thank.

And thank them she did as soon as she left an Alabama prison after 21 years behind bars.

"I feel like my life is starting over again," an emotional Johnson told reporters outside the prison in Aliceville.

Earlier on 31st of May, Kim Kardashian West met with US President Donald Trump and other officials, including senior adviser Jared Kushner, at the White House to discuss prison reform.

“Great meeting with Kim Kardashian today, talked about prison reform and sentencing”, the US President said on Twitter.

During a White House press briefing a week ago ahead of the meeting, White House press secretary Sarah Sanders wouldn't provide further details on who Kardashian West was meeting, only saying, "She is expected to be here at the White House. I can confirm she'll be here. We'll keep you posted on any meetings that take place and what those look like,” CNN quoted Sanders as saying.

The Armenian-American entrepreneur and reality television star has advocated for a pardon for a low-level drug offender named Alice Marie Johnson, who has served more than 20 years in prison. Earlier Wednesday, Kardashian West tweeted, "Happy Birthday Alice Marie Johnson. Today is for you," adding the prayer hands emoji.

"I would like to thank President Trump for his time this afternoon. It is our hope that the President will grant clemency to Ms. Alice Marie Johnson who is serving a life sentence for a first-time, non-violent drug offense," Kardashian West said in a statement Wednesday night. "We are optimistic about Ms. Johnson's future and hopeful that she -- and so many like her -- will get a second chance at life."

President Donald Trump has commuted the sentence of Alice Marie Johnson, a first-time nonviolent drug offender, a week after Kim Kardashian West pleaded her case during an Oval Office meeting with Trump.

Johnson has already served 21 years of a life sentence after she was convicted on charges of conspiracy to possess cocaine and attempted possession of cocaine, according to the nonprofit Can-Do, which advocates for clemency for non-violent drug offenders.

She was released from prison later on Wednesday.

"Ms. Johnson has accepted responsibility for her past behavior and has been a model prisoner over the past two decades. Despite receiving a life sentence, Alice worked hard to rehabilitate herself in prison, and act as a mentor to her fellow inmates," the White House said in a statement Wednesday afternoon.

"While this administration will always be very tough on crime, it believes that those who have paid their debt to society and worked hard to better themselves while in prison deserve a second chance," the statement added, according to CNN.

“So grateful to Donald Trump, Jared Kushner & to everyone who has showed compassion & contributed countless hours to this important moment for Ms. Alice Marie Johnson. Her commutation is inspirational & gives hope to so many others who are also deserving of a second chance”, Kardashian tweeted.