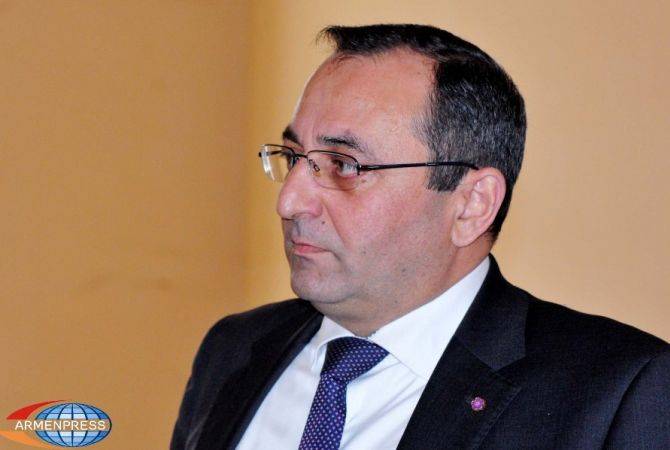 
YEREVAN, MAY 28, ARMENPRESS. In all cases, snap parliamentary elections should be held in Armenia, it’s another issue that the state should be ready for that, Artsvik Minasyan – minister of economic development and investments, told reporters in the Sardarapat Memorial, commenting on the question that the Republican Party of Armenia (RPA)is not inclined to hold snap elections, reports Armenpress.

“It’s necessary for the state to be ready for that, since the electoral system with its entire infrastructure should undergo change so that the people’s trust will be higher in the context of new political environment. It’s a fact that today the ratio presented in the parliament obviously doesn’t in accordance with our realities, but when the elections need to be held, I think the Prime Minister, while presenting the government’s program in the future, will talk in-detail about this. Especially when everyone believed that anything is impossible, but the life, the actions of Nikol Pashinyan [Prime Minister] showed that impossible becomes possible. Therefore, it’s very important for us that every possible thing derives from the interests of our people and statehood”, the minister added.

Asked whether the ARF (Armenian Revolutionary Federation) is ready for elections, minister Minasyan said it is always ready.

As a result of the April-May domestic political processes, campaigns, civil disobedience acts in Armenia, the minority Yelk faction of the Parliament formed a government by giving several ministerial mandates to the Prosperous Armenia party and the ARF. The RPA is still a majority in the Parliament. Prime Minister Nikol Pashinyan aims at holding snap parliamentary elections before the end of 2018. Before being elected as PM and after that, Pashinyan has repeatedly stated that holding fair and transparent snap parliamentary elections is one of their priorities. The RPA considers inappropriate to hold snap elections.