‘US and Israel should recognize Armenian Genocide’ – Bloomberg 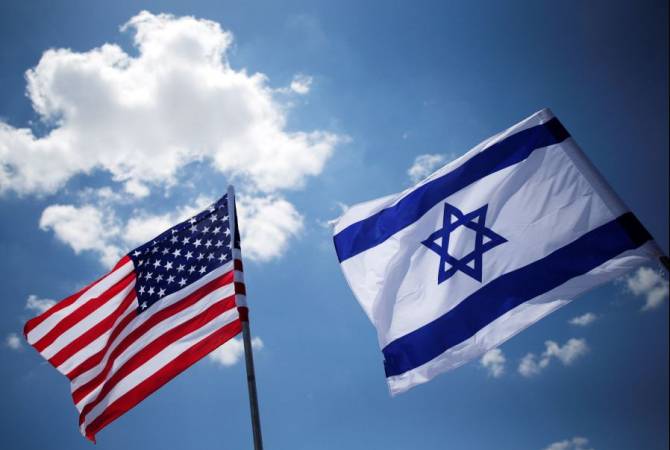 
YEREVAN, MAY 22, ARMENPRESS. ‘U.S. and Israel Should Recognize the Armenian Genocide'– this is the title of an op-ed by editor/writer Therese Raphael in the American Bloomberg.

Raphael reminds about the deadly events in Gaza Strip, where 60 Palestinian protesters were killed by Israeli forces.  Turkey recalled its ambassadors to the US and Israel in response, and President Erdogan called the Israeli actions a “genocide”, while Israeli PM Netanyahu fired back saying “I suggest that he not preach morality to us.”

“Erdogan’s attack has opened an unanticipated window of opportunity, both in Washington and Jerusalem to break a decades-long refusal to join historians and many governments in recognizing a real genocide that Turkey continues to deny”, the author says.

“Turkey has made it a policy to baldly deny the genocide, and demand acquiescence in this lie as the price of good relations with Israel and other countries.”

Rapahel reminds how Turkey lashed out at France for recognizing the Armenian Genocide, and again when Germany followed suit.

She also mentions how Turkey’s harassment of the Israeli ambassador on his way home has “lit flares in Jerusalem”. Two Israeli MPs have introduced a bill seeking the recognition of the Armenian Genocide.

“Once, when Turkey was a secular, pro-Western country, Israel relied on it as a strategic partner in a hostile Arab neighborhood. That rationale no longer holds. Israel can now take care of itself. And Erdogan, an aspiring caliph, is now an enemy. Shortly after he accused Israel of mass murder, he received a call from his new best friend, Iranian President Hassan Rouhani, praising him in the name of Islamic solidarity for standing up to the “Big and Little Satan”; that is, the U.S. and Israel,” Raphael writes, arguing that the Israeli silence on the Armenian Genocide was “ a matter of sheer pragmatism.”

“At least five senior ministers in the governing coalition have come out for measures that would punish Turkey and recognize its genocide. So have the speaker of the Knesset and the heads of the major opposition parties. It is hard to recall such trans-partisan enthusiasm.

Still, nothing will change without Netanyahu’s say-so. No legislation can pass without his consent and no new diplomatic policy can be adopted either, as he is also Israel’s foreign minister.

Netanyahu is a strategic thinker, and Turkey, like it or not, is a player in the regional game of thrones now underway. He will officially recognize the Armenian genocide only if he thinks it fits his purposes. That may be the wrong reason, but for once in this debate, for both Israel and the U.S., raw national interest and moral obligation are perfectly aligned: In a war against fanatics, truth is a powerful weapon.”