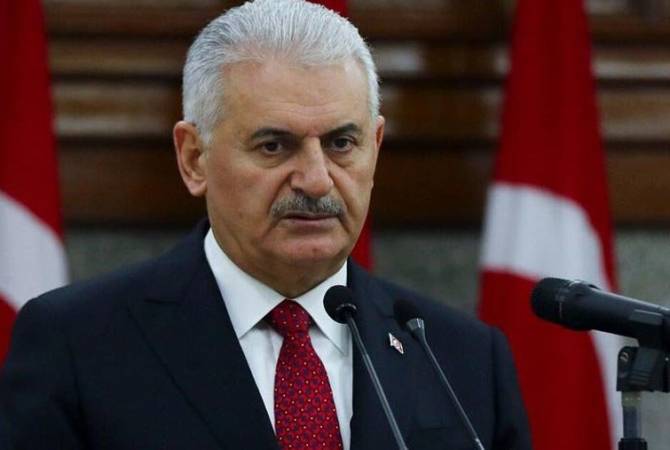 
YEREVAN, MAY 11, ARMENPRESS. Turkey’s Prime Minister Binali Yildirimn has responded to Armenian Prime Minister Nikol Pashinyan’s statement on the establishment of diplomatic ties with Ankara without preconditions. However, the Turkish PM once again repeated their preconditions.

According to Hurriyet newspaper, Yildirimn has said that Turkey doesn’t want to be hostile with its neighbors. Nevertheless, Yildirimn essentially didn’t deviate from the traditional Turkish political line towards Armenia.

In particular, the Turkish PM said: “Certainly if Armenia changes its hostile stance towards Turkey, refuses from its ambitions towards Turkey’s territorial integrity and borders, refuses from it all, desires to open a new chapter, then we will examine details and respond accordingly. We don’t want to be in hostility with anyone, particularly with neighbors. If such an approach would exist, we will discuss it within the framework of the interests of our state”.

In response to a question from reporters in Artsakh, the Armenian Prime Minister had earlier said that Armenia is today also ready for establishing relations with Turkey – without preconditions.

“As you know, Turkey has preconditions in this issue, and these preconditions are illogical, because relations with a third country cannot be a preconditions for the establishment of relations between two countries”, PM Pashinyan had said.