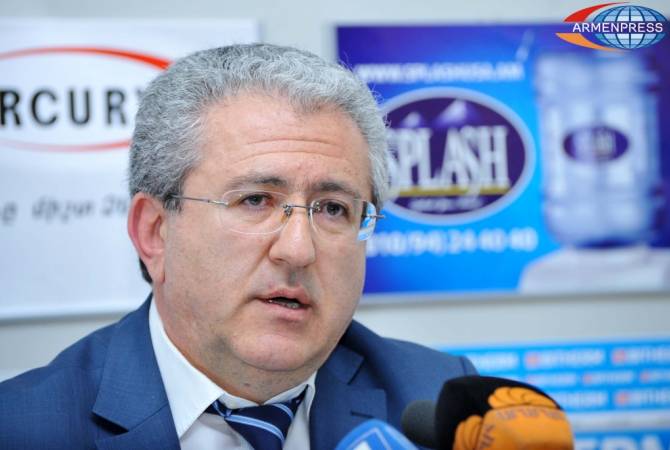 
YEREVAN, MAY 11, ARMENPRESS. Snap parliamentary elections can complete the settlement of the political crisis, political scientist Garik Keryan – chair of the Department of Political Institutions and Processes of the YSU Faculty of International Relations, told ARMENPRESS, commenting on the recent domestic political developments in Armenia.

-Mr. Keryan, what happened after May 1? In your opinion, in what circumstances the parliamentary majority decided to support the election of the prime minister in the second round?

-In order to correctly answer to this question firstly it’s necessary to tell what happened on May 1. On May 1 the parliament’s Republican majority was not psychologically ready to vote in favor of the candidate of minority. In general, the people’s candidate concept was not perceived seriously and it seemed to them that within a certain period of time the movement could stop. Moreover, we knew that on April 30 the RPA leadership made a decision to vote against during a closed format consultation. Of course, all causes of such decision are not fully clear, but probably that decision was made for making security-foreign policy clarifications. The version of testing Pashinyan’s political influence’s power is also not ruled out. The protest movement within the period from May 1 to 8, the slogan of which was already directed against the RPA, didn’t leave any more choice.

-On May 8 Armenia elected a new prime minister. According to you, what is going to be new Prime Minister Nikol Pashinyan’s action in such domestic political conditions?

-The new Prime Minister must solve two key issues: formation of government and approval of his program – as an upcoming step, and holding snap parliamentary elections – as an important step for the nearest future. Both are extremely difficult tasks. To form a government and approve a program in a parliament where you don’t have a political majority: in this sense each surprising scenario can be expected. The snap elections can also face great difficulties. If they are held as a result of rejection of the government’s composition and program by the current parliament nearly 45 days later, the current Electoral Code can bring serious surprises with its ranked electoral procedure.

But if elections are held later until the Electoral Code is changed, there will be an illogical situation that time when the opposition RPA will be a majority against the Yelk-Tsarukyan-ARF coalition. The government’s work will take place in quite difficult conditions.

-In other words, you mean that holding snap elections is a necessity at this stage.

-Today there are talks to form an agreed government. How do you react on this, and in your opinion what issue such government will solve?

-Judging from the RPA’s official stance we can suppose that it rules out itself in the cabinet led by PM Pashinyan. The remaining two political forces – the Tsarukyan bloc and the ARF, may enter into the coalition government, but here it can be supposed that this step will more aim at accumulating an administrative resource in the future snap elections, rather than directed for implementation of Pashinyan’s programs.

-These days there are numerous talks on increase of Armenia’s rating at the international platform. How would you comment on the reaction of the international community to the Armenian events? In your opinion, how this achievement can be used in political or other spheres?

-Increase of international rating must not be perceived for sure. Of course, Armenia’s rating has increased among Western democratic countries since overcoming the political crisis and avoiding the civilian clashes is an evidence of certain degree of democracy and presence of civil society. But I think these realities are not liked by political elites of states with post-Soviet authoritarian regimes, they are concerned over the infection pattern of such movements. This situation, of course, also affects the position of inter-state relations. At this moment Russian President Vladimir Putin’s and his entourage’s neutral and impartial political stance and the congratulations to Armenia’s new PM give hope. As for how the increase of rating can be used at international platforms, it is a matter of use of diplomatic skills and flexibility.