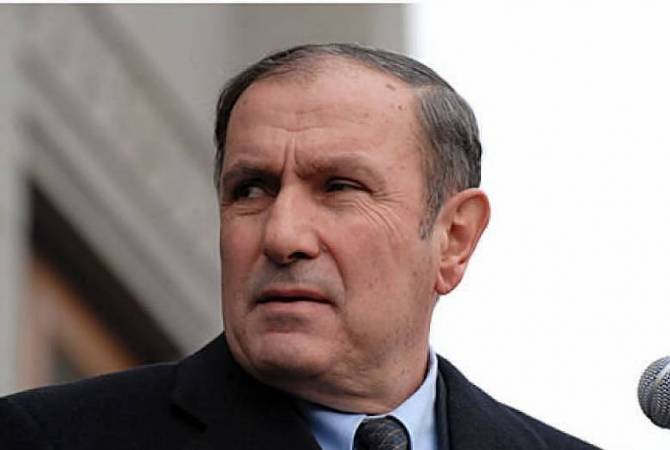 
YEREVAN, MAY 10, ARMENPRESS. First President of Armenia Levon Ter-Petrosyan has published a clarification op-ed  on the domestic political processes on ilur.am news website.

“These days, many are puzzled over the political characterization of the extraordinary situation in the relations between the parliament and the government. The parliamentary majority has declared itself to be an opposition, while the executive branch is seen as the minority’s government. Although absolutely extraordinary for a parliamentary system, these kinds of situations are usually created in presidential and semi-presidential republics, which are known by the term “cohabitation”.

These are the cases when the president is representing one party, while lawmakers of another party constitute parliamentary majority. This makes the uninterrupted activity of the state machine extremely difficult – often creating crisis situations.

Having parliamentary majority, the Republican Party is capable of aborting all legislative initiatives of the government, and judging from the latest speeches they don’t even conceal this intention.

What can the Pashinyan-led new government set against this? Until now, Pashinyan has imposed his will on the parliament through nationwide protest and defiance, which, as a manifestation of democracy, has been perceived by the international community with understanding. But can he indeed impact the parliament through the same method further? Clearly not, because this resource is already exhausted. Imposing your will on the parliament with the fact of a leader of people’s movement is one thing, but [doing it] in the status of Prime Minister is a completely different thing. In this case, the international community will not tolerate similar conduct, because it will be viewed as inadmissible pressure from one branch of the government on the other, especially taking into account the case that the same international community has recognized both the legitimacy of the parliamentary elections and the subsequently formed parliament.

Therefore, as realized by many, the only way for exiting this extremely dangerous situation for the country are calling early parliamentary elections, certainly after a fundamental transformation of the electoral code. However, serious difficulties await in this issue also, because the transformation of the electoral code once again depends on the will of the parliamentary majority. It shouldn’t be ignored that in addition to motives of political resistance, Republicans have personal interests because they aren’t certain that they can appear in the parliament after the next elections.

Let’s hope that influential political forces will display will and reasoning for overcoming the legislative obstacles in the issue of holding early parliamentary elections because of the abstruse current constitution to find a way out through negotiations, dialogue mutual agreement from this difficult situation which threatens our statehood”, Levon Ter-Petrosyan said.