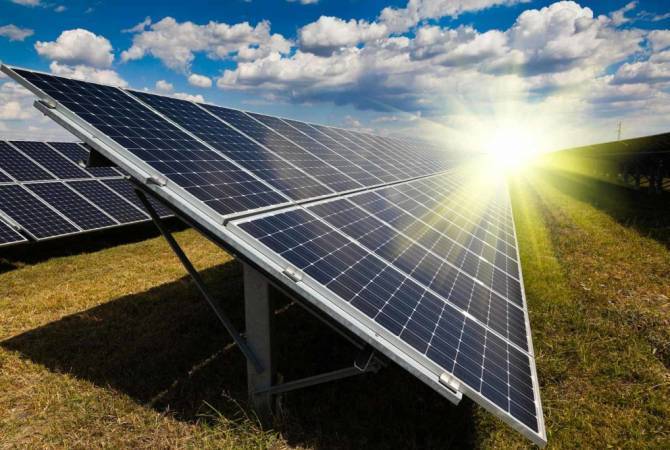 Hayk Harutyunyan, deputy minister of energy infrastructure and natural resources, briefed on the government’s activities of the sector.

Harutyunyan mentioned that the electricity market liberalization process began and a local production of solar panels kicked off.

“4 systemic solar stations are connected to the network, 7 are in the construction phase with completion planned within this year. The total capacity is 10 MW,” he said.

Harutyunyan also touched upon the 55MW Masrik 1 solar power station international tender, which was completed with a record low tariff in Europe and the region – 4,19 USD.

He said that it is planned to make the solar energy share reach at least 10% in the energy sector by 2022.

He said the project of the world’s 10th biggest electricity battery station has been launched, with two other major investment programs scheduled to be presented in the wind power sector with nearly 250 MW capacity.

A cooperation memorandum is ready to be signed with investors as a result of talks on construction of Karkar’s geothermal power station. The 76MW Shnogh HPP construction program has begun.

Nearly 600 families are already using solar energy in non-gasified communities under state funded projects alone, and the project is growing with high phases.

11:29, 05.19.2022
2211 views U.S. recognizes role of population of Nagorno-Karabakh in deciding its future–Ambassador Tracy’s interview to ARMENPRESS