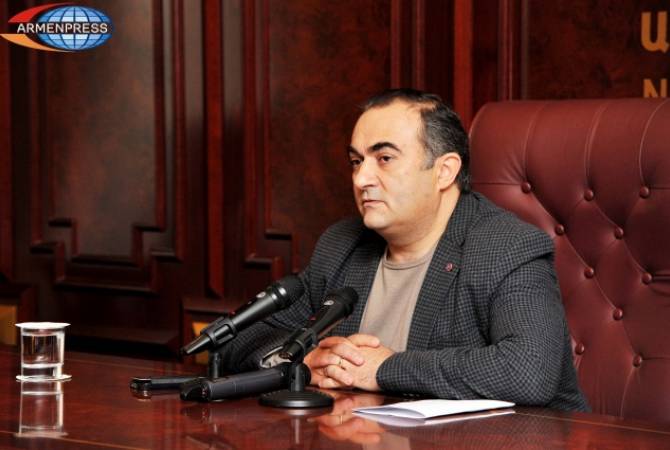 
YEREVAN, MAY 4, ARMENPRESS. President of Armenia Armen Sarkissian on May 4 signed a decree on appointing Tevan Poghosyan adviser to the President on voluntary basis, the Presidential Office told Armenpress.

Tevan Poghosyan was born on December 2, 1972 in Yerevan.

1996 - Graduated from the faculty of Computer Technologies from the Armenian State Engineering University. Engineer system technician. Master of Engineering.

1996 - Graduated from the faculty of Political Science and International Relations of the American University of Armenia. Master of Arts.

1997 - Head of the Division of Balance Analysis and Methodology of the Central Bank of the Republic of Armenia.

2000 - 2012. - Executive Director of the International Center for Human Development.

Since 2002 - Lecturer at the Russian - Armenian (Slavonic) University.

October 5, 2012 - Elected Deputy of the National Assembly by the proportional electoral system from the “Heritage” party.

2012 - Awarded the Jubilee Medal of “The Armed Forces of the Republic of Armenia, 20 years” by order of the Minister of Defense.

Author of a number of scientific articles.