LIVE: Sitting of parliament kicks off 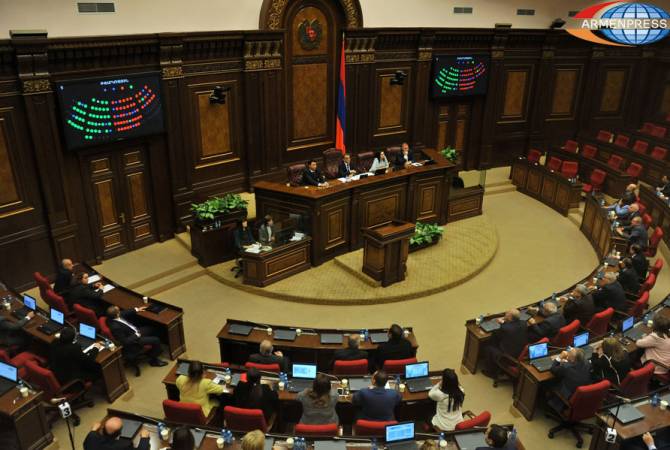 
YEREVAN, MAY 2, ARMENPRESS. The four-day sitting of the Armenian parliament has kicked off.

12 issues are in the agenda of the May 2 sitting.

Lawmakers will also debate the election of a member of Constitutional Court.

The Speaker of Parliament had proposed the candidacy of Emil Babayan for the position.

One position of a member of the Constitutional Court became vacant when Gagik Harutyunyan’s term in office ended.