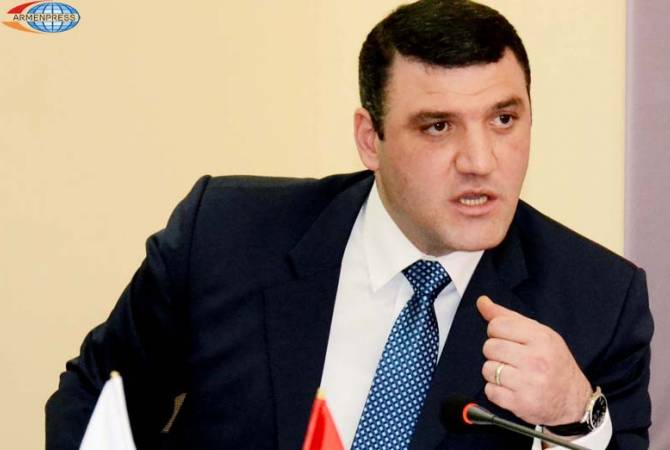 
YEREVAN, APRIL 27, ARMENPRESS. Member of the National Assembly Gevorg Kostanyan representing the Republican Party of Armenia rules out that MPs representing the RPA can vote in favor of Nikol Pashinyan on May 1 special session for electing Prime Minister, ARMENPRESS reports the MP told the reporters at the National Assembly. Kostanyan underlined that the ARPA will discuss and decide whom to nominate and vote for. To the remark if Pashinyan has the chance to be that candidate, Kostanyan answered, “I rule out it. I rule out because I cannot imagine such a situation”.