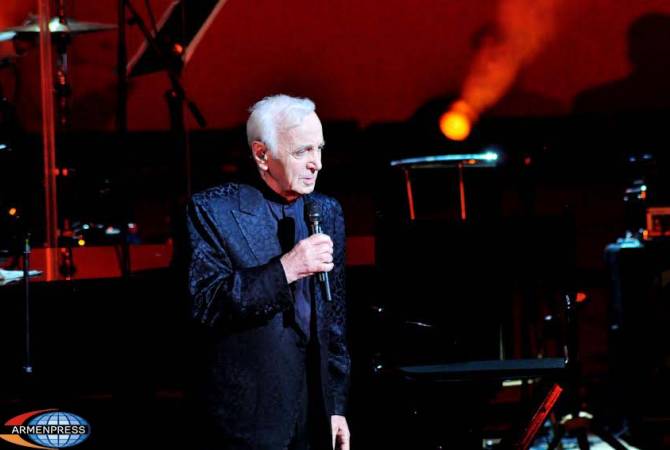 
YEREVAN, APRIL 26, ARMENPRESS. Charles Aznavour’s health has improved and the acclaimed singer has arrived in France on April 26 after his concert in St. Petersburg, Russia was cancelled earlier, representatives of the singer told RIA Novosti.

The 93 year old legend, who also serves as Armenia’s Ambassador to Switzerland, was taken to a hospital in St. Petersburg on April 25. He cause wasn’t immediately known but on April 26 Aznavour’s agent said he had suffered a minor muscle spasm.

The concert in St. Petersburg was postponed until 2019.

Aznavour was also due to perform April 28 in the Kremlin Palace, but the appearance was also cancelled.