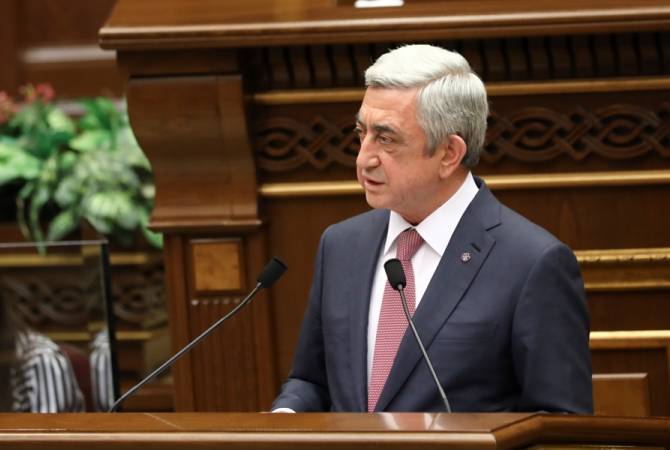 He assessed the numbers circulated by the opposition about emigration as exaggerated, documenting that it’s anyway a real problem for the country.

“Emigration is indeed our bleeding wound. It’s very dangerous and concerning for us. I do not it for justification, but we must take into account that emigration is typical not only for Armenia, but all the post-Soviet countries, Eastern and even Western European countries. Migration processes are always going on. Yes, due to some circumstances, we have additional problems. Yes, it’s a problem that we are trying to solve. I have announced that I am confident that it’s realistic to have 4 million population by 2040”, the PM said. He informed that during the upcoming weeks the public debates on Armenia’s development strategy for the period until 2030 will kick off. Sargsyan expressed conviction that the numbers and indexes will persuade everyone that the country is going in the right direction. “The Government has already planned and I think just within a few weeks we will make some amendments in the tax code to reduce income tax. It’s also planned and most probably starting from January 1 pensions and minimal salaries will be increased”, the PM said, adding that nothing happens instantly, and during the last 25-26 years Armenia’s development cannot be assessed as bad.