Serzh Sargsyan refuses the ownership right of the private house granted to him by Cabinet decision – Aysor.am 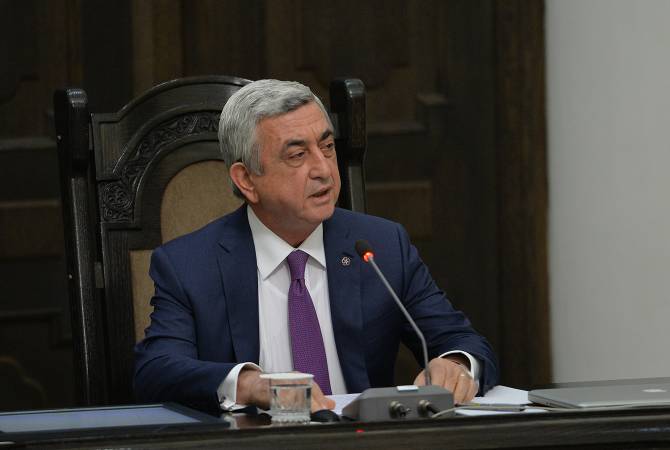 
YEREVAN, APRIL 19, ARMENPRESS. Prime Minister of Armenia Serzh Sargsyan has refused the ownership right of the private house granted to him by Cabinet decision, ARMENPRESS reports Aysor.am website informs. Serzh Sargsyan has introduced his reasons for the decision during the Cabinet meeting.

Earlier Aysor.am had informed that on March 29 the Government of Armenia had made a decision to grant the 3rd President of Armenia (incumbent PM) Serzh Sargsyan the presidential private residence covering a total of 1.5365 hectares of area. The decision caused huge public stir. During the parliamentary debates on the election of the Prime Minister on April 17, Serzh Sargsyan had answered the question of “Yelk” bloc member Artak Zeynalyan, saying “The former two Presidents have enjoyed this right. I have done so too. If it is not lawful, I can return it. But if it is lawful, you can congratulate me, because, in any case, I gained my own house in Yerevan”.