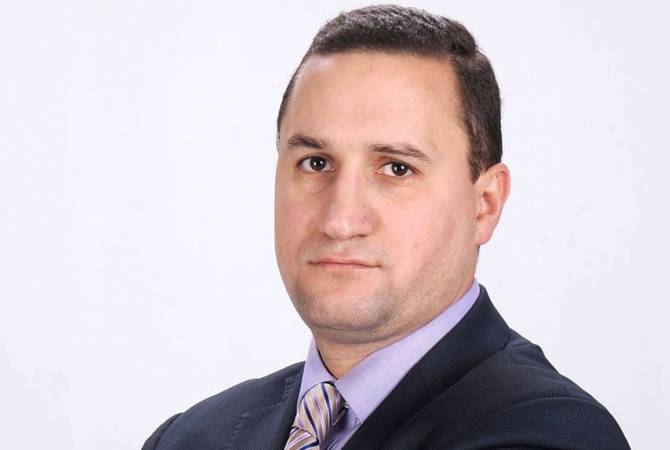 
YEREVAN, APRIL 18, ARMENPRESS. Russian Kommersant newspaper has reported about the intention of Belarus to implement the agreement on exporting 10 Polonez multiple launch rocket systems. Azerbaijan is believed to be the possible buyer of the systems. Earlier, Azerbaijan’s defense minister had visited Belarus to get acquainted with the production technologies of the weapons.

Interestingly, earlier, in February 2018, it was reported that Armenia had managed to block the Azerbaijan-Belarus deal.

“Our position on supplying arms to Azerbaijan is clear and has not changed. As refers to the given report, the MFA has not the work style to comment on information received from anonymous sources”, spokesperson of the Foreign Ministry of Armenia Tigran Balayan announced in an interview with ARMENPRESS, responding to the reports of Kommersant.

The sources of Kommersant had noted that the deal will be received negatively in Yerevan, adding that the Iskanders located in Armenia can act as a deterrent in the relations between Armenia and Azerbaijan.

Kommersant’s source close to the Belarusian defense ministry informed that the first supply can take place already in 2018. According to him, the first agreement is about the export of 10 multiple launch rocket systems. Legal procedures are in the final stage, while the customer completes it financial issues. The source refused to reveal the buyer, but two top managers in the Russian defense industry informed that it’s Azerbaijan. Azerbaijan’s foreign ministry has not commented yet.

The source of Kommersant assesses the agreement as a delayed answer to the Iskanders supplied to Armenia by Russia. He reminded that back in 2016 Azerbaijan’s defense minister Zakir Hasanov had threatened to inflict a “destructive blow” on Stepanakert, Artsakh’s capital, but the supply of only one division of the Iskander forced Azerbaijan to think better, after which the sides started to negotiate under Russian brokering.

But earlier this year, sources both in Minsk and Yerevan reported that Armenia had managed to block that deal. Armenia and Belarus are both members of the Collective Security Treaty Organization. “We wanted to sell “Polonez” systems to Azerbaijan but Armenia, our CSTO partner, was against that deal. The deal was blocked”, Belarusian military analyst Alexander Alesin said.