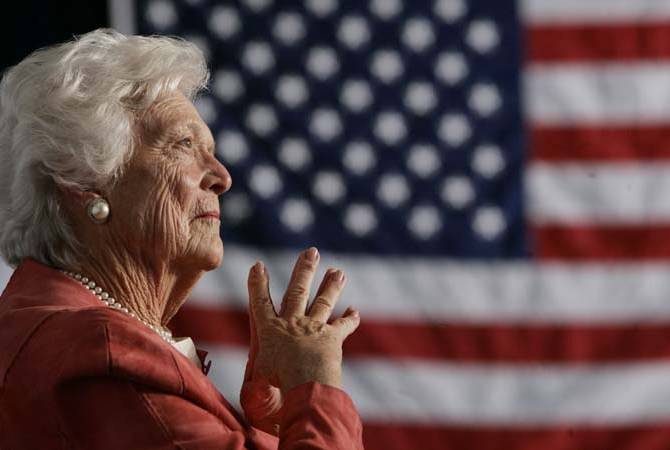 
YEREVAN, APRIL 18, ARMENPRESS. Barbara Bush, former First Lady of the United States, has died at the age of 92 on April 17, BBC reports.

She was the matriarchal figure of a political dynasty that included two presidents - her husband George HW Bush and son George W Bush.

Mrs Bush, who was first lady from 1989 to 1993, had been in failing health for some time and had declined further medical treatment.

George W Bush said Barbara Bush was a “fabulous First Lady and a woman unlike any other who brought levity, love, and literacy to millions."