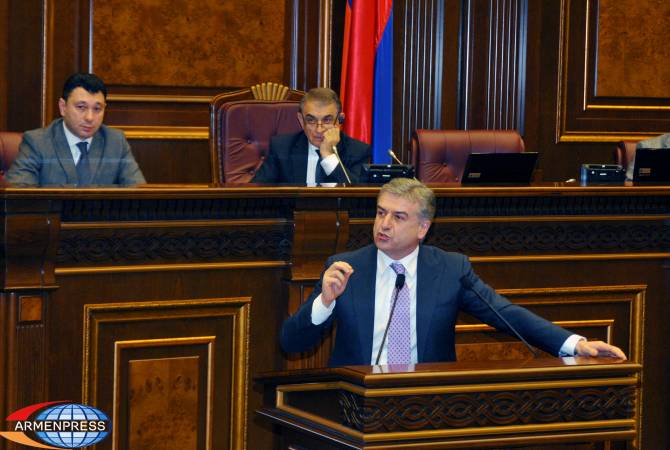 In response to a question from opposition MP Edmon Marukyan during a parliamentary Q&A, Karapetyan said that Armenia entered a market of 180,000,000, and got privileged regimes.

“In addition to the fact that we developed our domestic potential with this, we also solved an issue of inviting investors,” he said.

Karapetyan disagreed with the MP who argued that Armenia has restricted its access to other markets by joining the union.

The acting PM said that the growth of imports and exports of Armenia in 2017 was mostly associated with other markets.

Karapetyan reminded that Armenia has the GSP+ regime with the EU and GSP with the US, Japan, Canada, Switzerland and other countries.

19:30, 01.14.2022
Viewed 1671 times Russian MFA issues statement on the results of the meeting between the special representatives of Armenia, Turkey

10:38, 01.15.2022
Viewed 1545 times CCAF calls on French government to demand apology from Azeri authorities or else recall ambassador over Aliyev’s threats