YEREVAN BESTSELLER 5/1 - ‘Hold my hand: I am afraid’, ‘Three apples fell from the sky’ among weekly top 10 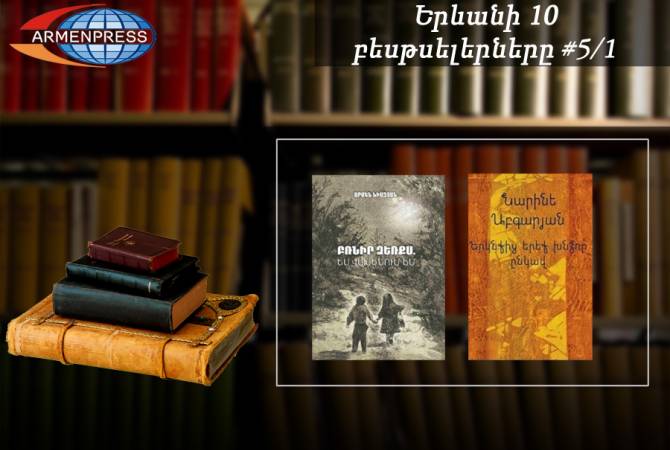 ‘The Alchemist’ by Brazilian writer Paulo Coelho is 3rd in the list. Originally written in Portuguese, it became an international bestseller translated into some 70 languages as of 2016. An allegorical novel, The Alchemist follows a young Andalusian shepherd in his journey to Egypt, after having a recurring dream of finding treasure there.

Armen Niazyan’s ‘Hold my hand: I am afraid’ is back to the list and captures the 4th place. The book consists of three parts – stories, thoughts and poems the focus of which is the following: be careful towards human beings, not ignore them who need us.

Davit Samvelyan’s ‘Winter of Rodin’ is 5th in the bestselling list. It includes short stories and essays.

Mark Aren’s another book ‘Ville-Évrard’ is ranked 6th. A story evolving around Komitas, Edmund Forster, the psychologist who inspired Adolf Hitler that the latter was unique, guided by which the Nazi leader decided to conquer the world, resulting in millions of victims. It was Forster who saved Soghomon Tehlirian, who gunned down Talat Pasha, one of the organizers of the Armenian Genocide, from capital punishment. The refuge of Komitas, who survived the Armenian Genocide, was Ville-Évrard mental hospital in France.

‘Fahrenheit 451’ by Ray Bradbury is 9th. Fahrenheit 451 is a dystopian novel published in 1953. It is regarded as one of his best works. The novel presents a future American society where books are outlawed and "firemen" burn any that are found. The title refers to the temperature that Bradbury understood to be the autoignition point of paper.