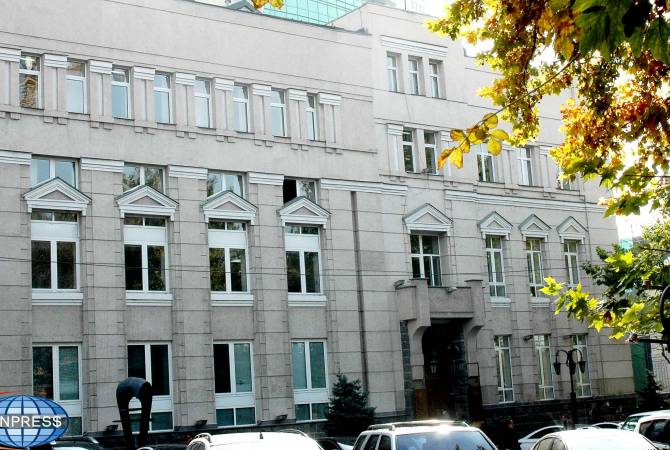 
YEREVAN, MARCH 27, ARMENPRESS. The Board of the Central Bank of Armenia made a decision to keep the refinancing rate unchanged, setting it 6.0% during the March 27 session, the CBA told Armenpress.

0.5% deflation was registered in February 2018, and in these circumstances the 12-month inflation comprised 3.3% in late February. The CBA Board estimates that under the expected external and domestic economic developments, as it was predicted, the inflation will be maintained in the upcoming months in the lower part of the permissible fluctuations range.

In the beginning of the year the factual developments in the external sector mainly coincided with the CBA predictions, in other words, the improvement trends of global economic growth and inflationary environment in some international commodity markets continued. In this context the CBA Board continues expecting weak inflationary impacts from the external sector in parallel with expanding the foreign demand.

The Board estimates that in the first quarter of 2018 the economic activity index surpassed a little the expectations in connection with the high growth rates recorded in the fields of industry, construction and services. High growth rates have also been recorded in terms of the domestic demand which has been contributed by expanding monetary-loan policy. At the same time, the additional inflationary expectations existing from the beginning of the year have significantly mitigated and stabilized in general.

Taking into account the aforementioned, the CBA Board finds it appropriate to maintain the current monetary-loan terms. At the same time the Board states that under the predicted developments there will be a need for neutralization of monetary-loan terms aimed at implementing the inflation goal. As a result it is expected that the 12-month inflation will gradually increase, fluctuating in a permissible range, and later stabilizing over a targeted figure.

In case of deviation risks from economic development prospects and inflation recovery trajectory, the CBA will clarify the monetary-loan policy directions.