Aronian vs. So to mark last match of Armenian chess GM at final round of Candidates Tournament | ARMENPRESS Armenian News Agency

Aronian vs. So to mark last match of Armenian chess GM at final round of Candidates Tournament 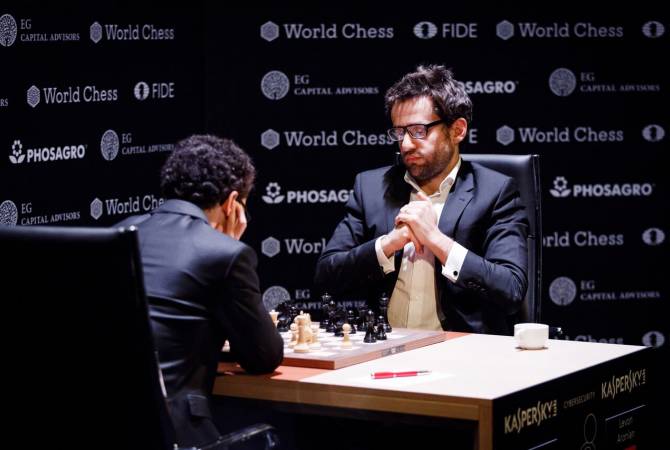 
BERLIN, MARCH 27, ARMENPRESS. As the World Chess Candidates Tournament nears the end, Armenia’s chess grandmaster Levon Aronian will play against Wesley So in the last, 14th round of the tournament in Berlin, Germany.

Fabiano Caruana is leading the ranking with 8 points. Shakhriyar Mamedyarov and Sergey Karjakin have 7,5 points each.

So, Aronian’s opponent for round 14, has 5,5 points and is ahead of Aronian by one notch.