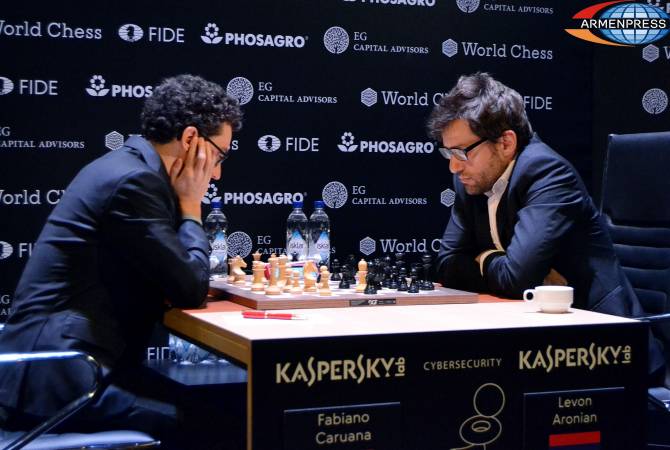 
YEREVAN, MARCH 26, ARMENPRESS. The 13th round of the Candidates’s Tournament was again unsuccessful for the member of the Armenian chess team Levon Aronian.

ARMENPRESS reports Aronian competed with the leader of the tournament Fabiano Caruana. Aronian was playing with black pieces and was defeated on the 39th step of the match, which was his 6th defeat in the tournament.

The last round of the Candidates Tournament will take place on March 27. The winner will compete with the world champion Magnus Carlsen.