Armenia is positioned on international tourism platform as cradle of wine 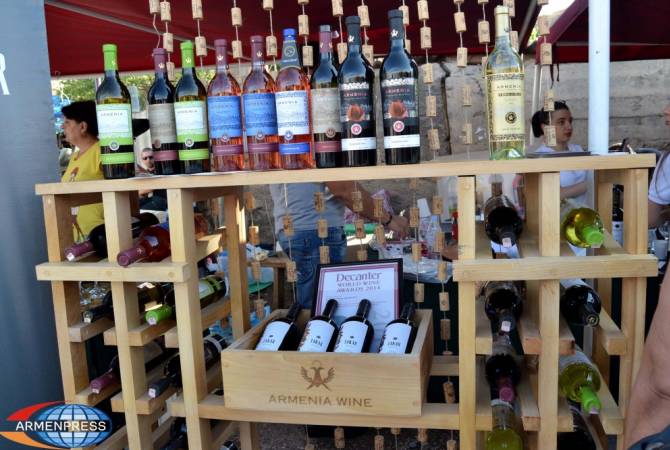 
YEREVAN, MARCH 17, ARMENPRESS. Armenia is actively involved in the development of wine routes of the Silk Road that links different country from China to Spain that were historically part of the ancient Silk Road. ARMENPRESS reports Chairperson of the State Tourism Committee of Armenia Zarmine Zeytuntsyan told the reporters that still last year they suggested during the ministerial meeting of the countries of the Silk Road to run the working group engaged in the development of wine routes which was approved. “This is a very important initiative also for developing Armenia’s tourism, because we attach great importance to the development of inter-regional tourism, and besides we want to position Armenia as a country that is the cradle of wine, the fatherland of wine”, she said.

Zarmine Zeytuntsyan informed that they cooperate with the Smithsonian Institution. “I would like to note that saying “wine routes” we do not mean just visiting wine factories, since any route, be it adventure, eco or agro also includes some other major components to make a touristic product. A wine route is the familiarization with the culture and history of a country”, she said, adding that the communities also should be active.

The 8th ministerial meeting of the Silk Road participant countries took place in Berlin on March 7 in the sidelines of the annual international tourism exhibition “ITB Berlin 2018”.