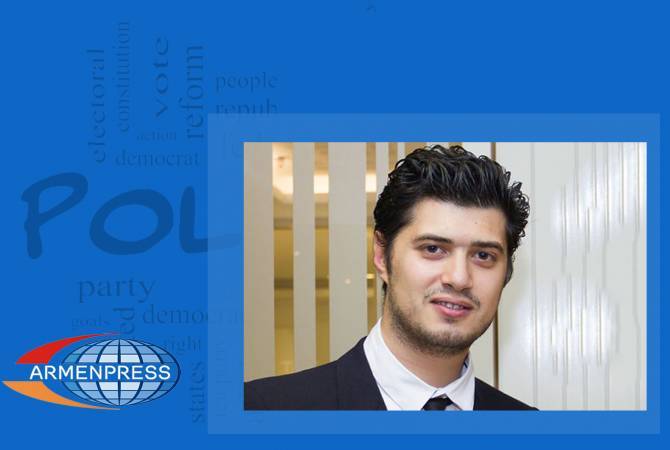 
YEREVAN, MARCH 3, ARMENPRESS. The European Armenian Federation for Justice and Democracy (EAFJD) highly appreciates the discussions held in the European Parliament dedicated to the 30th anniversary of the Artsakh movement.

“The participation of European figures in the discussions was quite representative. More than dozen European lawmakers or advisers to lawmakers, renowned specialists, scientists and lawyers, European journalists attended the discussions dedicated to the Artsakh people’s rights and exchanged opinions. It’s worth mentioning that they had a chance to listen to the speech of Artsakh’s deputy foreign minister Armine Alexanyan delivered on behalf of the Artsakh state and people”, Harut Shirinyan said.

He said this activity is in accordance with the EAFJD priorities which is to provide information from the first source to the European politicians and make the voices of the Artsakh people heard.

“We hope this activeness will be followed by practical steps so that much more lawmakers will be involved in defending the rights of the people of Artsakh by contributing to the peaceful settlement of the Nagorno Karabakh conflict”, he said.

On February 27 the European Parliament deputies Michèle Rivasi (Verts/ALE) and Lars Adaktusson (EPP) hosted a public debate featuring prominent international scholars and diplomats who examined developments in international law, the status of the negotiations, and recommendations for achieving a peaceful resolution in Nagorno Karabakh conflict.

Held at the European Parliament, the debate reviewed the findings of a colloquium held on Feb. 26-27 at the Center for European Policy Studies (CEPS), with the participation of over a dozen distinguished international law experts and former diplomats. The colloquium was co-organized by the Armenian Legal Center for Justice and Human Rights and the Tufenkian Foundation.

The findings of the colloquium included the following: under well-established international legal precedents, people, including those in Nagorno Karabakh, have the right to declare independence; under international law there is a duty not to respond with violence to a declaration of independence; confidence-building is a key tool to peace and a final resolution; escalation of armenophobic rhetoric and war-mongering are not acceptable and must be discouraged, incitement to violence and hatred is prohibited by international law and etc. The conference participants agreed that Artsakh has a very strong claim for self-governance and that international community should become more heavily engaged with Nagorno Karabakh and the peace process to facilitate an appropriate solution to the conflict.