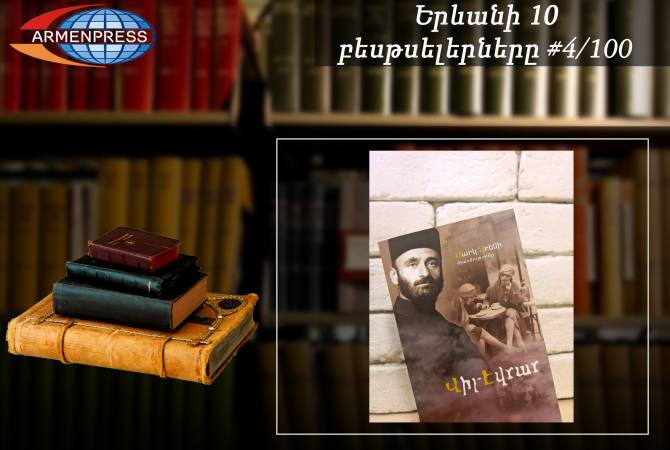 
YEREVAN, MARCH 2, ARMENPRESS. Armenian writer Mark Aren’s Ville-Évrard is the top selling book in Yerevan this week.  A story evolving around Komitas, Edmund Forster, the psychologist who inspired Adolf Hitler that the latter was unique, guided by which the Nazi leader decided to conquer the world, resulting in millions of victims. It was Forster who saved Soghomon Tehlirian, who gunned down Talat Pasha, one of the organizers of the Armenian Genocide, from capital punishment. The refuge of Komitas, who survived the Armenian Genocide, was Ville-Évrard mental hospital in France.

Collected Stories of Guy de Maupassant is ranked 2nd. Topics of the great French poet concern the era he lived in and his personal life. His stories evolve around love, war, morals, social injustice and others.

Armenian writer Vardges Petrosyan’s Years Lived and Not Lived, a book which was the bestseller for consecutive weeks, has been ranked 5th.

Jonathan Livingston Seagull by American writer Richard Bach is 7th in the list. It is a fable in novella form about a seagull who is trying to learn about life and flight, and a homily about self-perfection. It was first published in 1970.

Arch of Triumph comes next. It is a 1945 novel by Erich Maria Remarque about stateless refugees in Paris before World War II. It was his second worldwide bestseller after All Quiet on the Western Front, written during his exile in the United States.

Milan Kundera’s “The Unbearable Lightness of Being” comes next. It was published in 1984. The book chronicles the fragile nature of an individual's fate, theorizing that a single lifetime is insignificant in the scope of Nietzsche's concept of eternal return.

Journey to the East is a short novel by German author Hermann Hesse. The novel is 10th in this week’s list.  Journey to the East is written from the point of view of a man (in the book called "H. H.") who becomes a member of "The League", a timeless religious sect whose members include famous fictional and real character.

A branch of the group goes on a pilgrimage to "the East" in search of the "ultimate Truth". The narrator speaks of traveling through both time and space, across geography imaginary and real.