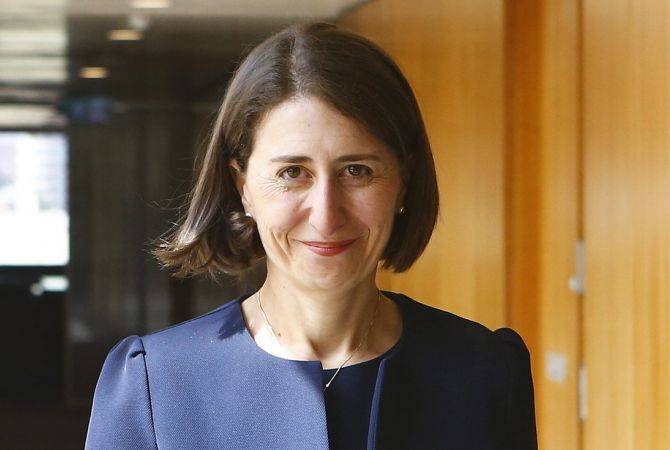 
YEREVAN, FEBRUARY 27, ARMENPRESS. Gladys Berejiklian, the ethnic Armenian Premier of New South Wales, Australia, has received a special welcoming in the United States not only from President Donald Trump, but also the local Armenian community, the Voice of America reports.

Berejiklian arrived in the US as part of the delegation of Australia’s Prime Minister Malcolm Turnbull.

“I represent the biggest state of our country, but I will never forget, I will feel my Armenian [roots] every day,” Berejiklian told the youth at the Aramian House in Washington D.C., presenting her life story.

“Being Armenian isn’t easy, our struggle isn’t easy, but we will all move forward with same steps, we have a big family all over the world, and I really feel it”, she said.

According to Berejiklian, the 50,000 Armenian community of Australia has a history of nearly half a century and although it isn’t as influential as the community of the US it plays an important role in the country.

“Armenians are always grateful to the countries which have given us asylum in difficult times throughout history, and have expressed gratitude with response work,” the NSW Premier said, adding that there are many Armenians among leading doctors of Australia today.

11:29, 05.19.2022
2340 views U.S. recognizes role of population of Nagorno-Karabakh in deciding its future–Ambassador Tracy’s interview to ARMENPRESS